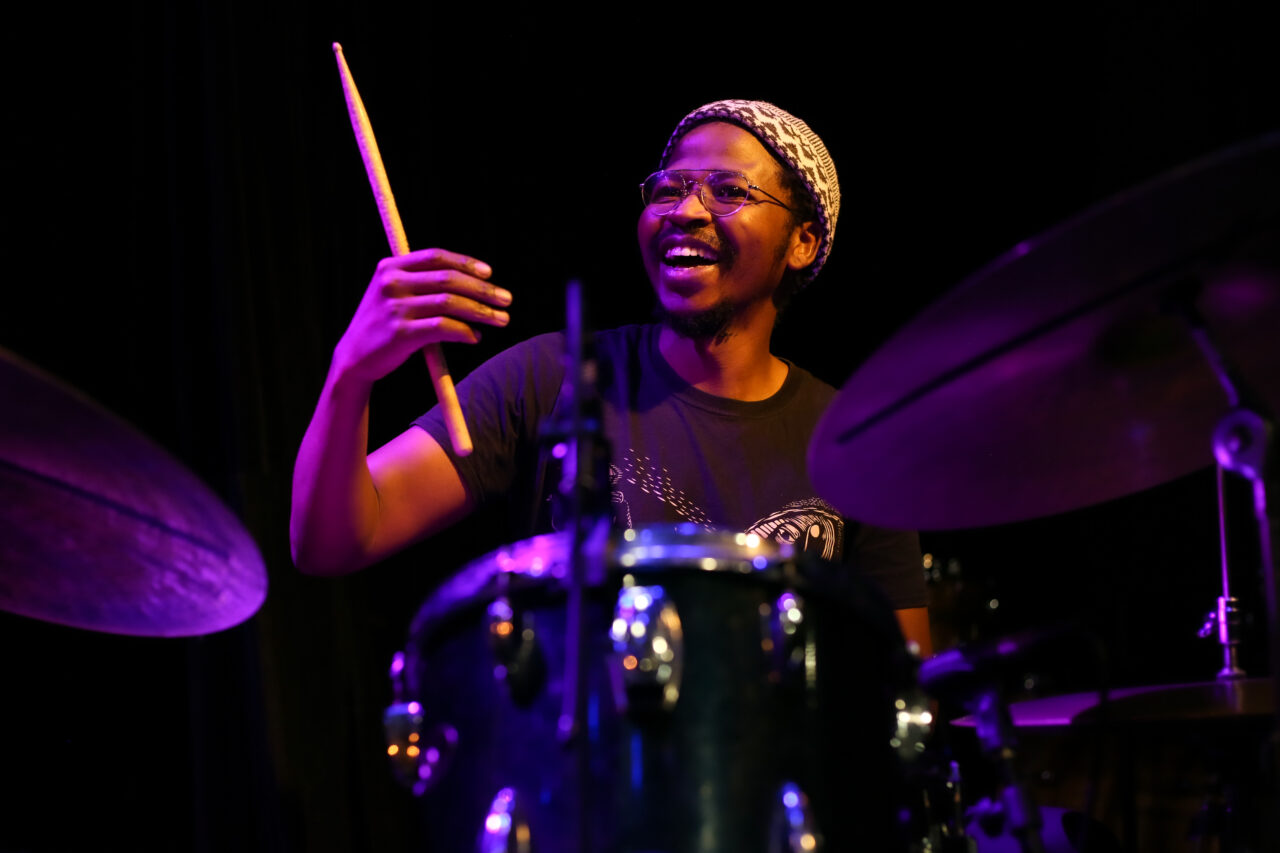 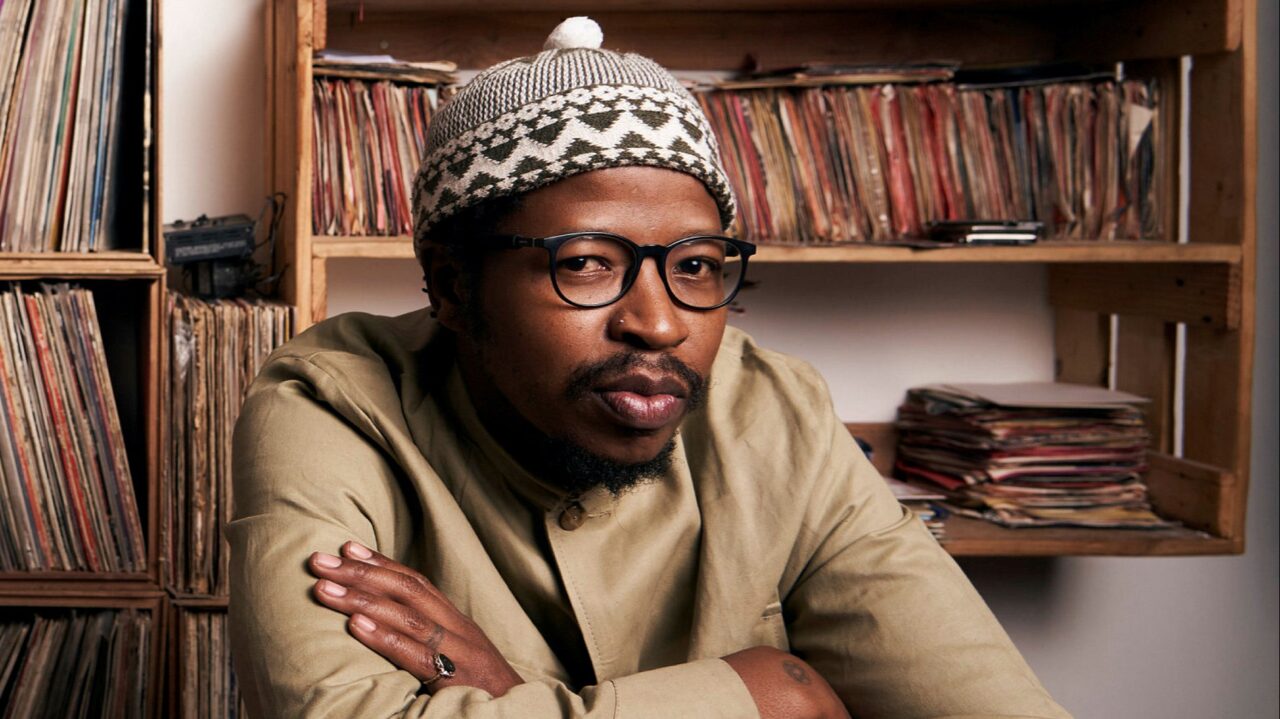 Drumming genius Tumi Mogorosi will this Friday present Group Theory: Black Music for the people, with the people, at the People’s Theatre in the Jo’burg Theatre precinct. “I started out in a choir,” says Mogorosi, as he reflects on the significance of Black voices in concert.

“There’s this idea of mass, of a group of people gathering, which has a political implication and the operatic voice has both a presence and a capacity to scream, a capacity for affect. The instrumental group can sustain the intensity of that affect, and the chorus can go beyond improvisation, toward communal melodies that everyone can be a part of.”
If there is what is called genre, the political signature that Mogorosi’s Group Theory: Black Music installs, is an aesthetic that blurs this fixture, this category, this fuss. Mogorosi speaks to the signs of the times by way of critical takes, responses, diagnosis, and perpetual questioning. In this upcoming performance, Mogorosi and his ensemble are coming together to make an offering.

Mogorosi offers reflective encounters of black study in communion and assembly with the audience. This gathering is about taking a journey together and pausing to reflect, taking in what is offered, digesting, and then moving forward to a destination unknown. By inhabiting the theatre as a space, Mogorosi invites us to be part of the ensemble, to bear witness to the album not only in a live setting but with new ears, in silence. This is the currency of generativity, an experiment that provides “extra” — the lyrical application, the exit of the whole that is genre; that is, the political re-reading of the work of art. We are invited, therefore, to come and absorb together, in silence and joy — black study.

The album is in lineage with the black radical leanings of the South African songbook and tradition. Worth noting, also, is its explicit resonance which bears the stamp of what Fred Moten and Stefano Harney refer to as “black study” The work of an ensemble is what Mogorosi offers, and that is why the titling is apt — Group Theory: Black Music.
The album carries traces of Amiri Baraka’s robust but tender communal thought. Mogorosi’s titling critiques the very idea of individuation, and calls for the invitation of the common project. It is only in the context of the ensemble that the common project can be discerned. By way of gathering, the album, as a site of study in a theatre setting, will be a performance that is not in the name of the event but the continued project.

Here, in anticipation, and thus through the protocols of black study, the marked barrier of what is the stage and the auditorium will be blurred. In the invitation of communally sharing, Group Theory: Black Music gestures at making possible the aural experience as a whole bodily sensorium. By pointing towards deep listening, this is an invitation to be in the realm of silence. Mogorosi and the ensemble speak in the name of this silence — by fulfilling the liberatory impulse of this long black radical tradition. The music that erupts, that chants and speaks and weeps from this silence, is what will be shared.

previousBlack Labone: The 5 Year-Old Who Makes Thursdays In Pretoria Special