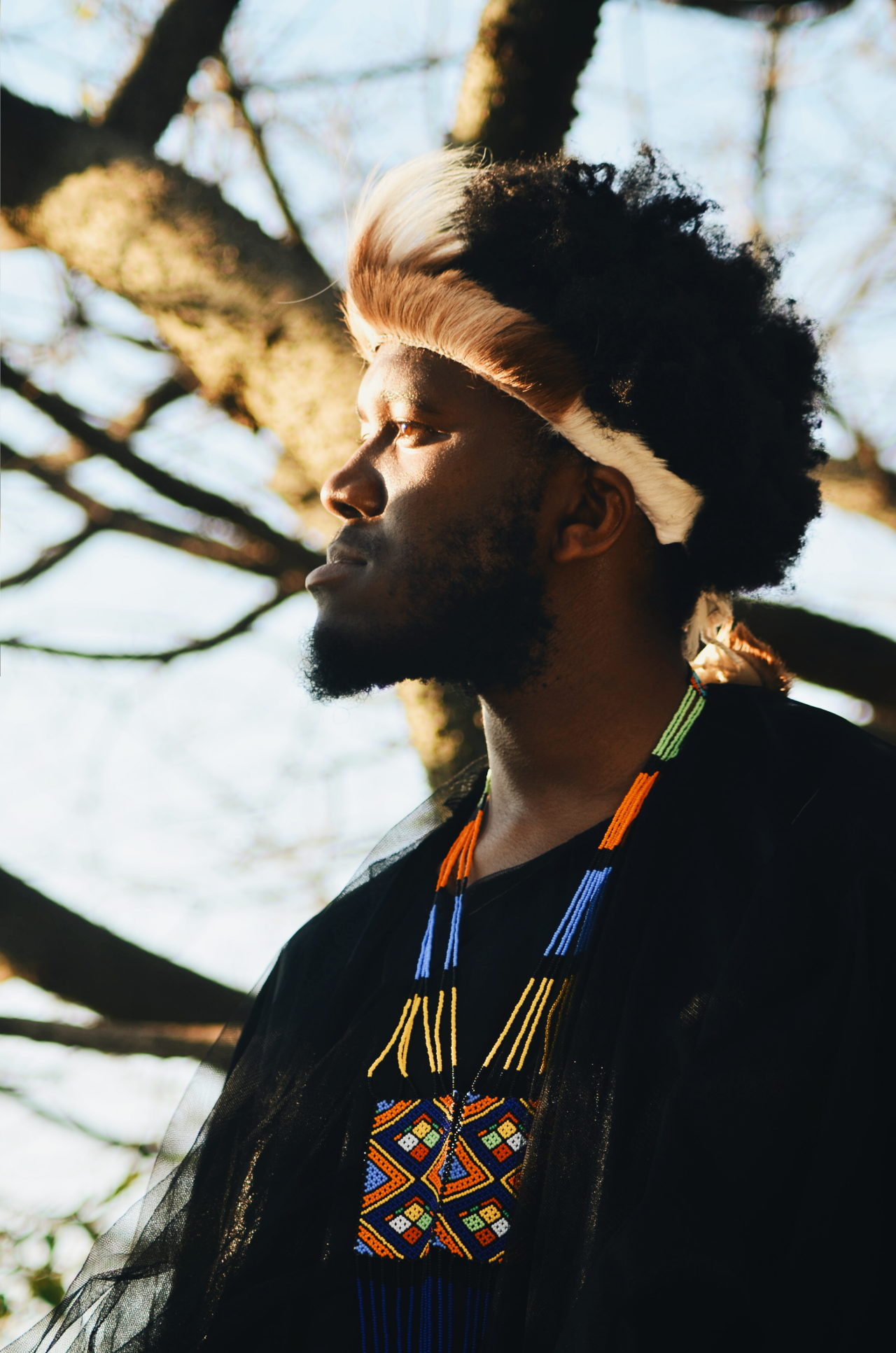 It was record executive Dino Woodward who bestowed the nickname Black Moses on Isaac Hayes. Woodward believed Hayes’ music had the same effect on people as the leadership of the Biblical figure, Moses.

A then devoted Christian, Hayes found the juxtaposition sacrilegious at first, but later titled his album with the same name, seeing it as a symbol of black pride. “Black men could finally stand up and be men because here’s Black Moses; he’s the epitome of black masculinity. Chains that once represented bondage and slavery now can be a sign of power and strength and sexuality and virility,” Hayes said in an interview.

Over 40 years later, a queer young man from rural KwaZulu-Natal in Ndwedwe has resurrected the Black Moses moniker and taken its ownership. “Though I grew up hearing his music around the house, I never really paid special attention to him,” admits Thoba Ndlovu, who recently dropped his debut project Black Moses.

“It was only in 2014 while reading an old Rolling Stone Magazine that I came across his story about having desires to liberate the black people out of the ghetto. This reminded me of our own leaders in post-colonial Africa who like Isaac Hayes have promised the black masses liberation by postulating themselves as saviours yet similarly became disillusioned by money and power. This prompted me to write the song Black Moses which later became the favoured title for the EP.”

It’s not so much of postulating himself as the saviour and leader to the promise land, but the Ndewdwe-native understands the importance of representation. “Growing up in an environment that was not very accepting of not only my sexual orientation but as well as my gender, performance means that visibility is very important to me. Not seeing images of people that look like you can be very detrimental for children. It is thus my mission that I tell my story as loud as I can be it through visuals or vocals. So being from e Ndwedwe has allowed me to appreciate representation so much more because I was starved of it as a queer child growing up,” Thoba says.

The six track EP is produced by Juice, Dave Audinary as well as Lance Romeo and the production heads served their purpose. Thoba has solid vocals and compelling lyrics, but had he recorded on lethargic beats which are more on the Afro-pop side, the album would have limited reach. “I have been getting a lot of positive feedback, people really seem to be vibing with it. What is more exciting is the varied audience as people have different favourite song. It’s made me very happy with the direction we decided to take in terms of sound as this means that it responds to various music tastes.”

The beats on the project are the stuff that could be ridden by Hip Hop group Las Days Fam or Neo-soul singer Bilal. The songs Ungowami and Buyela are gems that should be fixed on radio station playlists across the country.  The project’s songs were written over a period of time, with some tracks being jotted down over five years ago. “The recording was a much quicker process though. Recording with Lance Romeo was one of my best experiences in studio. I was so comfortable and felt like he actually listened to me while pushing me to do more with my voice.”

Thoba is currently based in Joburg, having moved from his beloved KZN last year for a gig as a Grade R teacher. “Since it was a year of firsts (first time in JHB, first time teaching Grade R as well as finally working on a project). I really needed to make sure I settled in to all of these roles. It is only this year that I am beginning to venture out by putting my music out there and looking for opportunities to perform. It’s been a whirlwind of emotions being away from home and everything familiar, but also knowing that you need to get your act together ’cause you are far away from home. So there has been a lot of growth.”

He studied Psychology, then went on to do his honours in Industrial Psychology at UNISA before returning to University of Kwa Zulu-Natal to do his Post graduate certificate in education.

The independent artist is using this EP as a vehicle for inspiring other queer boys and girls who might not have enough bravado to be themselves. “The album is of course the goal however it is one of the goals, alongside exploration of other avenues that can lead to the hypervisibility of a queer body in order to combat false narratives (like us being unAfrican) by living our truths. This is my more immediate focus right now. I therefore cannot say when an album will be available but it’s in the plans.”