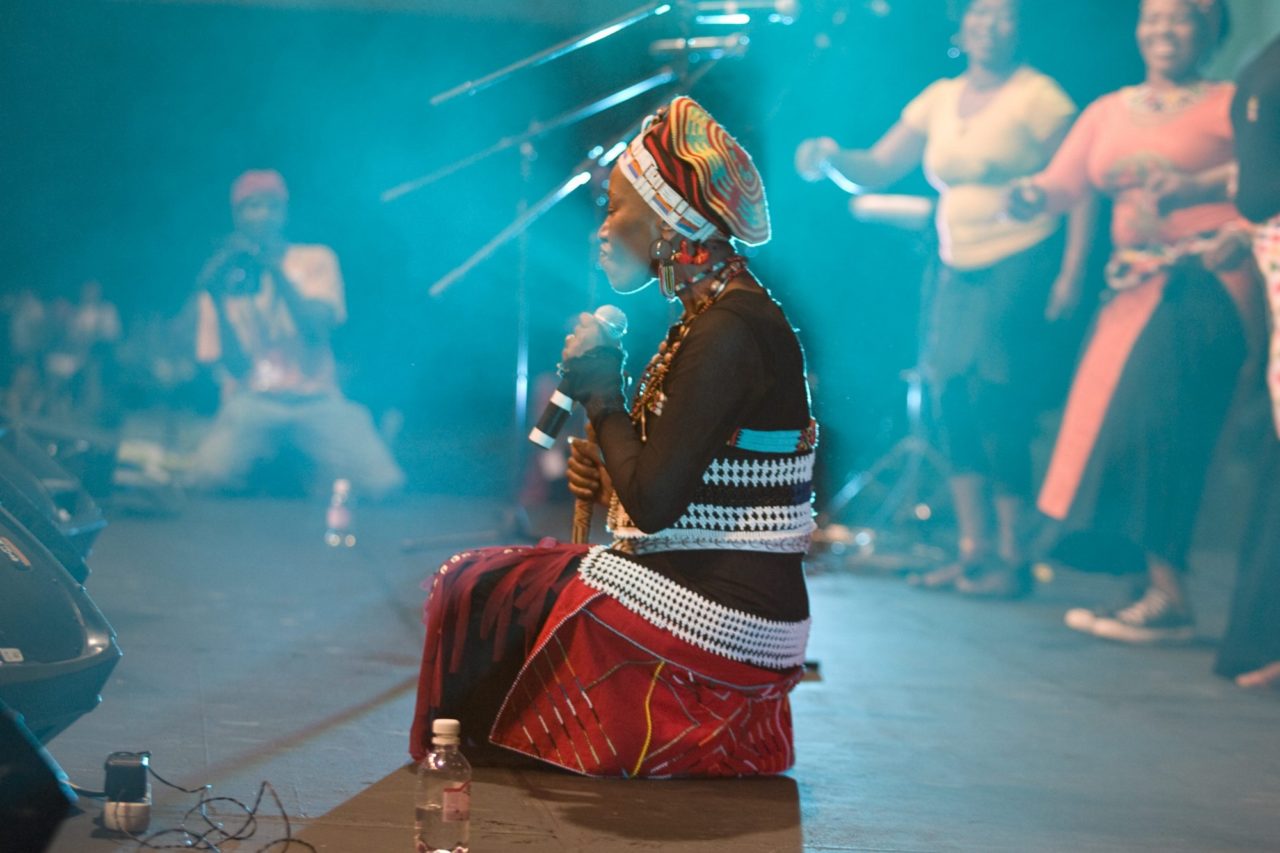 LAST week I randomly posted on Facebook that it would’ve been dope to hang out with Busi Mhlongo. I really don’t know where this longing for her presence came from, but I missed the Queen of modern Zulu music.

This is possibly because I’ve become more Pan-African in the last five years and  I’ve grown to appreciate Mhlongo’s work more as a young black man living in a modern world. She was conscious and proud of her Africaness, and wanted to share that with the rest of the world. Like other young black South Africans today, I’m very proud and mindful of who I am and I have an urge to share my story with the rest of the world, in my own words. I feel like that’s why I have this connection to her.

Her adlibs would make any of these modern rappers jealous.

I unfortunately never had the opportunity to meet her nor see her live in performance. Today marks eight years since the passing of this giant.

“The industry will always miss how Busi Mhlongo made traditional Zulu music sound so cool and so global. A traditional, urban, global and true Kasi woman who conquered the world with her twist of Zulu music, appropriately coined ‘Urban Zulu’,” says Native Rhythms boss Sipho Sithole speaking to Tha Bravado.

With a career that spanned over 40 years, Mhlongo was ahead of her time. Her music had elements of Jazz, Funk, Mbaqanga, Maskandi, Marabi and traditional Zulu music and more. Her vocal dexterity was brilliant. You can tell when someone enjoys what they do and you it’s clear that she enjoyed to sing-it was a catharsis for her which healed those who got to hear her belt out a song. Her sincerity and vulnerability was a mainstay in her music. I remember as a young boy, first hearing Yise Wabantwana and just feeling her pain, although I couldn’t comprehend what the song meant at the time. Sithole says what made her special was

“Her stage presence, her artistic expression, her pose on stage, her gaze and how she occupied and owned the stage whilst rendering hair-raising performance unparalleled.”

In 2007 the SABC hosted the Vuka Sizwe Benefit Concert, which was to honour Mhlongo who was battling breast cancer. Sithole was assigned by then SABC head, Adv Dali Mpofu to lead the project. This meant spending some time with the great artist.

“Busi Mhlongo was very special and her ability to make everyone feel so special as well was her greatest strength. There was that sisterly or motherly disposition about her that made everyone around her feel so connected to her. She had an amazing personality. She displayed a strong character even in times when you could see that she was really sick. She never wanted people to see how sick and weak she was.”

Her strength and colourful personality was palpable in her music. Just listen to Yapheli’mali Yami, where she laments that her lover doesn’t respond to her letters. I’ve always found the intro of the song humorous, where she talks over the guitar strings saying that Yokugcina le ncwadi practically giving her lover a last chance to respond.

Her adlibs would make any of these modern rappers jealous. Culoe De Song captured them perfectly in the House remix of We Baba. It is for this reason that Sithole says her name and music will never vanish into the archives because young people connect to her and her music heavily.

“She continues to influence established and emerging artists today. Most artist still list Busi Mhlongo as a major influence in their career, whether one is talking about Thandiswa Mazwai, Xolisa Dlamini, Siphokazi, Simphiwe Dana, Zoë Modiga, Khululiwe Sithole, just to mention a few.”

“I had been prepared for her eventual transition to the other world, having seen her battling with cancer. I knew there and then that she was rested and united with her Creator and her ancestors,” says Sithole.

I think there’s a connection to her passing away in South Africa’s Youth month, just a day before the historic holiday. She was young at heart and today’s young people connect to her music because she showed the world that African culture is cool- she never conformed nor displayed an inferiority complex as a black woman. She had so much bravado.

It certainly would’ve been dope to hang out with Busisiwe Victoria Mhlongo.

nextLooking at the past to see the future through the stars