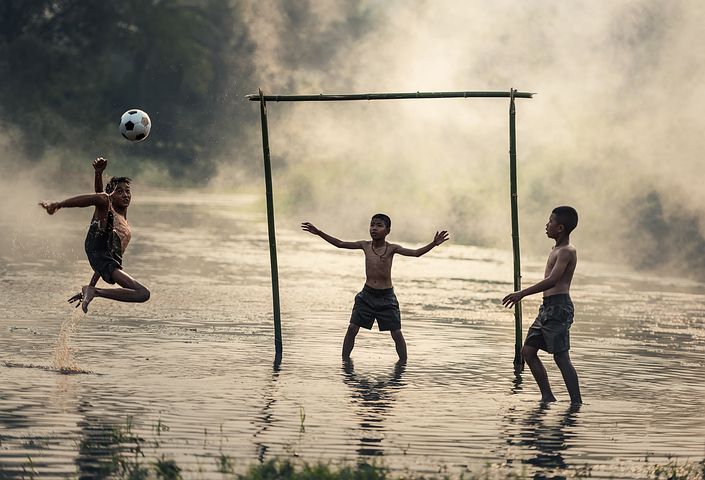 Necessity is the mother of invention and the story of one of the country’s fastest growing food markets, Tembisa’s Street Food Market, epitomizes that.

In less than two years SFM has built a mammoth of a following, managing to pull an average of about 10 000 foodies who attend the monthly event. Founded by two cousins, Lebohang Masasanya and Bongane Tlhoaele who saw the need to have a food market in Tembisa since there wasn’t a unique place for township gluttons to try out different kinds of foods outside of  hood-staples like kotas and shisayama, while enjoying great company.

But the idea hit 27 year-old Masasanya while living in Joburg, where he regularly attended Braamfontein’s Neighbourgoods market. “When I saw what an experience such events give people, I started getting my team to tag along so that they could also get exposed to that lifestyle,” he says.

The two had some experience of hosting events in Tembisa- organising their birthday parties, but they had not tackled anything like a food market.  Tlhoaele, who was the first to quit his job at a courier company says he did that because he believed success was inevitable. “We did our research before starting and we had a plan of how we wanted to be unique,” the 28 year-old says.

The first food market was held on October 2016 at their former primary school, Kgatlamping Primary with about 30 stalls. Masasanya shows me a video of the inaugural SFM which seems like something from years ago compared to how it looks today. “That experience was invigorating, mainly because we were humbled by the number of support. It just proved that people in the hood have wanted something different, something new and we managed to give it to them. A whole new different atmosphere ko kasi,”says former accountant Masasanya.

18 months down the line and they now have a kiddies play area, tighter security, double number of stalls, a mobile ATM and there’s an admission fee now.

The market takes place at different venues in Tembisa (Moriting Park, Ndayeni and Mehlareng) this, Tlhoaele says is because “we want everyone to have a chance to experience the market and have a feel of what we trying to do. A lot of people benefit from the market, so we have to move around and make everyone have a chance to benefit from it.” The last market was hosted at Phomolong Sports ground.

Food sold at SFM range from a mogodu wrap, to wings dunked in specially made sauce and unusual cupcakes and waffles- all with a kasi touch.

Organising this whole shandis would be too much for just the two of them, they have a team of four other people. The late Rhythm City actor Dumi Maselela was part of the team as well and was responsible for sound and entertainment. “Dumisani’s passing was very sad, we even thought of postponing the event [in that month]. We had a moment of silence for him at the event,” says Tlhoaele.

That SFM was probably the most emotional especially when a sea of people put their lighters and phone screens up under ink black skies to pay respect to Maselela, who once performed at SFM.

The Home Affairs-like kinda queues for beverages, food, entrance and even lavatories is an irritating feature of the market but it’s the other side of the stick of attracting throngs of young people.  And sometimes too young.

Last July after national schools went for holidays they hosted a market that stands out for some wrong reasons after it was probably the most attended market at that time, but the security on the day couldn’t maintain the hordes of youth pushing to get inside.

“After that one our security was tighter and we moved to a bigger venue, in Mehlareng. But it’s all part of learning.” They are learning everything as they go, accumulating priceless experience. “We still attend other markets, not only Food markets but all other markets as well. We feel like there is still a lot to be learned and things change all the time, we want to be able to keep our market fresh and different,” Tlhoaele says.

That growth comes with attracting a number of brands which want to establish their products within urban black youth in the township. International festival Afro Punk hosted the final of their Battle Of the Bands at SFM last year, which saw the winners performing at the main event at Constitutional Hill. The last market a few weeks ago was is partnership with MTV Base.

“There is no end goal, there is no destination on this journey. It’s simply to infinity and beyond. As it is, there are prospects of hosting a Camp Festival quite soon,” Masasanya tells me.