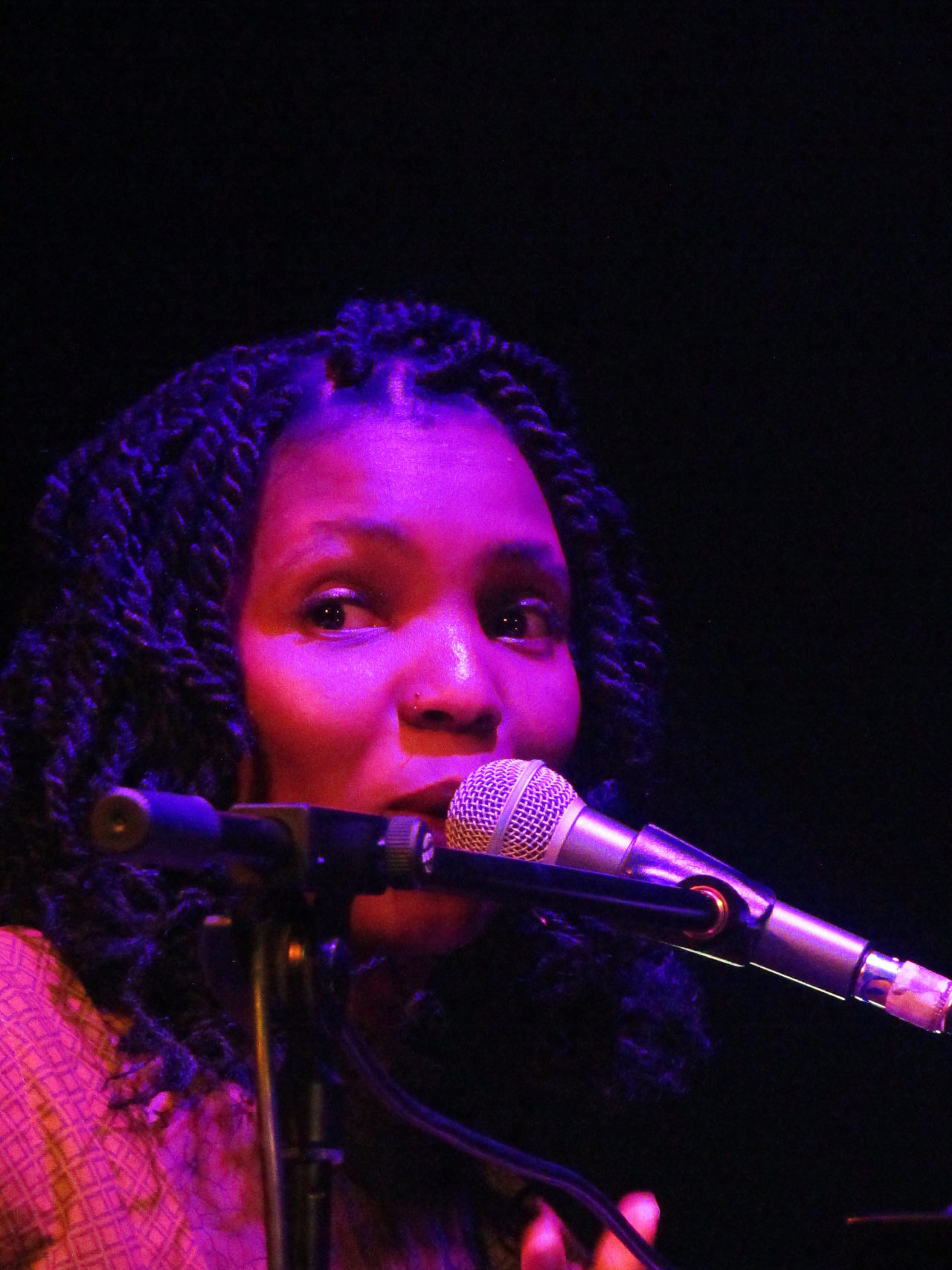 The State Theatre in Pretoria was the venue for the inaugural Kulture Blues Festival and one would easily assume this to be an Africa month celebration, looking at the line-up.

“That was pure coincidence,” says the event’s producer Kulani Nkuna. “That was simply the day that was available for us. But we are Pan African in outlook and ideology.”

The unrivalled Thandi Ntuli headlined the two-day festival which began on Friday night with an intimate performance by the pianist. While Saturday saw Makhafula Vilakazi and Iphupho L’ka Biko on stage.

Together with her band, Ntuli serenaded the sizeable  audience inside Malambo Theatre with her gentle voice. She could’ve sang the whole night and we wouldn’t have cared for time. She has the astuteness of a Thelonious Monk on keys, while her voice has the gentleness of a Spha Mdlalose.

It’s a sad truth, but it is a rarity to have such artists playing together in a prominent space such as The State Theatre, unless the country’s commemorating a holiday day like Youth day or Africa month. There’s a paucity of spaces that accommodate the not-so generic artist. “Some of the content is not palatable to white sensibilities, so most veer away from these artists and their content,” Nkuna says. He pitched the idea of the festival to the State Theatre a while back and fortunately they opened their doors.

The festival’s name was inspired by a Putumayo compilation album titled African Blues. “That album was essentially the blues but in an African context and in our African languages. The Kulture part was taken from the name of our platform Culture Review and an attempt to pay homage to our particular type of sound,” Nkuna tells me. This will be an annual festival.

There’s a palpable inquisitiveness and a longing for African spirituality and a steady growth in Pan Africanism, particularly with this generation. The art scene hasn’t been an exception. Artists are creating works that are inspired by the aforementioned elements.

Iphupho L’ka Biko is one ensemble that creates music that revives the spirit. The band was on stage Saturday evening after Vilakazi’s performance. While the smell of dank weed ushers you at Hip Hop shows. The aroma of impepho burning filled the auditorium during Iphupho L’ka Biko’s performance.

“The art scene is beaming with artists who make music that speak to the dire conditions of black people in this country live in. Art is a critical mirror that speaks to the brutality meted to black bodies by the state and by whiteness,” Nkuna says.

Iphupho L’ka Biko performed their hit Uthixo Ukhona and they also played songs which commemorate lost black lives including that of American Sandra Bland. An ode to Chris Hani titled Thembisile is so moving, it should be heard by all South African school kids to help give them insight about our past.  But IPhupho’s performance felt all over the place at times. They should shelve the afro-beat inspired section of their set; it’s a paradigm shift from the more jazz and protest sound they have. But Iphupho L’ka Biko surprisingly had a bigger audience than Ntuli’s the previous night. This is probably due to the fact that the band had performed at Black Labone on Thursday night.

“the artists performed at an exceptional level, and the audience were really in tune with the performers on stage,” says Nkuna post the event. Nkuna’s still unsure of the exact number of attendees of the festival as he still awaits for a ticket sales report from webtickets.