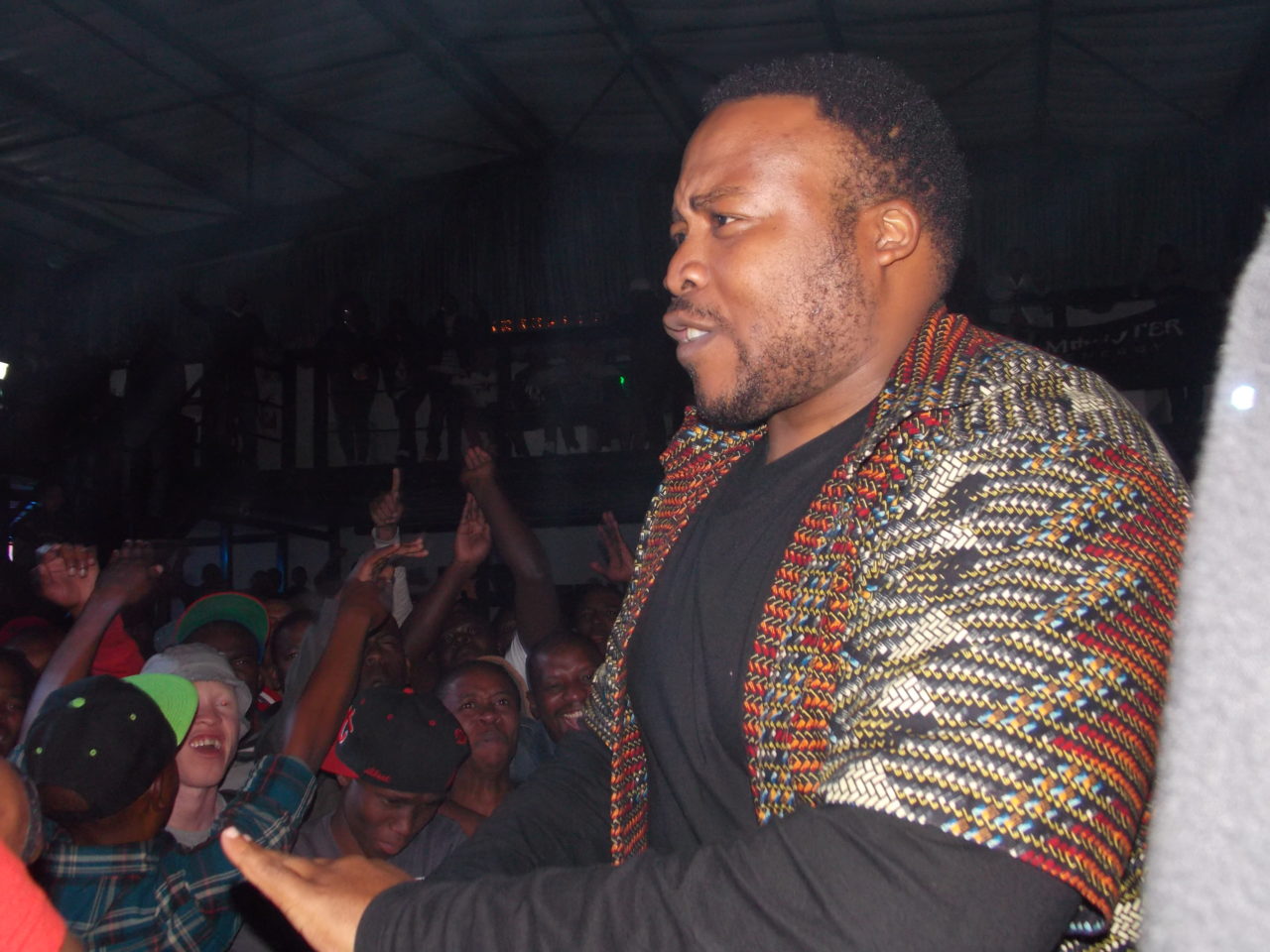 Remember when Cassper Nyovest told Sway he was South Africa’s Kanye West, or when Nasty C said he had not experienced racism in South Africa- the rappers were speaking their truth, but one can’t help think that they could’ve worded their statements differently and with more astuteness.

On both occasions, the youngins gave skewed representation of what really happens in South Africa. People were divided in opinion about their presence on the radio show. But what’s been evident since Stogie T’s appearance on Sway In The Morning, is the unanimity in which everyone was in praising the OG.

Comedian Kagiso Mokgadi joked that “The Rand strengthened one percent vs the doller today. Thank you Stogie T.”

While Osmic said the verse should be studied in labs, high school and university, to which OG rapper Wikid agreed with, commenting “He murdered it”.  The most random adulation came from former Orlando Pirates soccer player Kermit Erasmus. “Our own legend, @TumiMolekane spittin barz, this gave me goosebumps.I had to call him to let him know,” wrote Erasmus on Twitter. While South African sprinter Akani Simbine dubbed Stogie the “Undisputed lyrical king.”

“From the interview to the best freestyle I’ve ever heard on Sway show. Personally…I am thoroughly represented here,” tweeted rapper Solo.

But there was no bigger nod than that of The Roots’ Black Thought, who sent Stogie a message simply saying “You a beat bro.”  Which left Stogie speechless.

Fellow lyricist of the year nominee at this year’s Hip Hop awards, PdotO tweeted “We were well represented on Sway. Thank you for that king. Mean! Mean mean.”

No has ever doubted Stogie’s pen game, but what made South Africans proud was because most people felt that his skill has long warranted him to be on such platforms.

He articulated himself well in the interview, narrating to Sway South Africa’s Hip Hop history. He did the stuff of globally celebrated South African athletes or pious politicians, in how he gave the country that fuzzy feeling inside.

It was also a win for local OG rappers, after the tough year they’ve had losing three giants who impacted the game on different levels. Wherever HHP, Pro Kid and Ben Sharpa are, they glowed with pride upon hearing Stogie rap.

Sway aptly said “Stogie T, South Africa’s finest,” as he was about to go in. He not only represented South Africa, but the African continent. His bars had more weight than Biggie, Pun and T from the V sitting on a park bench.  He brashly started by saying

There ain’t a French bottle we ain’t pop

A fresh article we ain’t copped

Benz top that we ain’t dropped

A dress model we ain’t knocked

A festival we ain’t rocked

Destined to be this hot,

He was basically saying to the American audience listening that ‘hey, I might be from that dark continent but, you ought to show me some respect’

Rapping about how in today’s South Africa, struggle heroes are raising spoilt kids and the opulent only meeting the deprived when the latter come clean after them. Directly talking to the country’s inequality.

He challenged stereotypes that Americans always pin on Africans, whilst also showing appreciation of Hip Hop culture in the US and Malcom X.

These my handlers, the kufi Nas from NY,

El-Hajj Malik el Shabazz and them,

I couldn’t help but think of Irish poet, Oscar Wilde’s quote, “with age, comes wisdom,” after watching the whole interview. He showed wisdom, not only in conversation with Sway, but also with his raps which got a lot of people pondering on a lot.

He posted a photo of himself at what looked like the Roc-Nation offices, with a caption implying that someone there wanted to meet him. He said going on Sway was something on his bucket list, but it might just be the first step to next level shit for Stogie,since Tumi from The Volume dun did that and got the T-shirt.