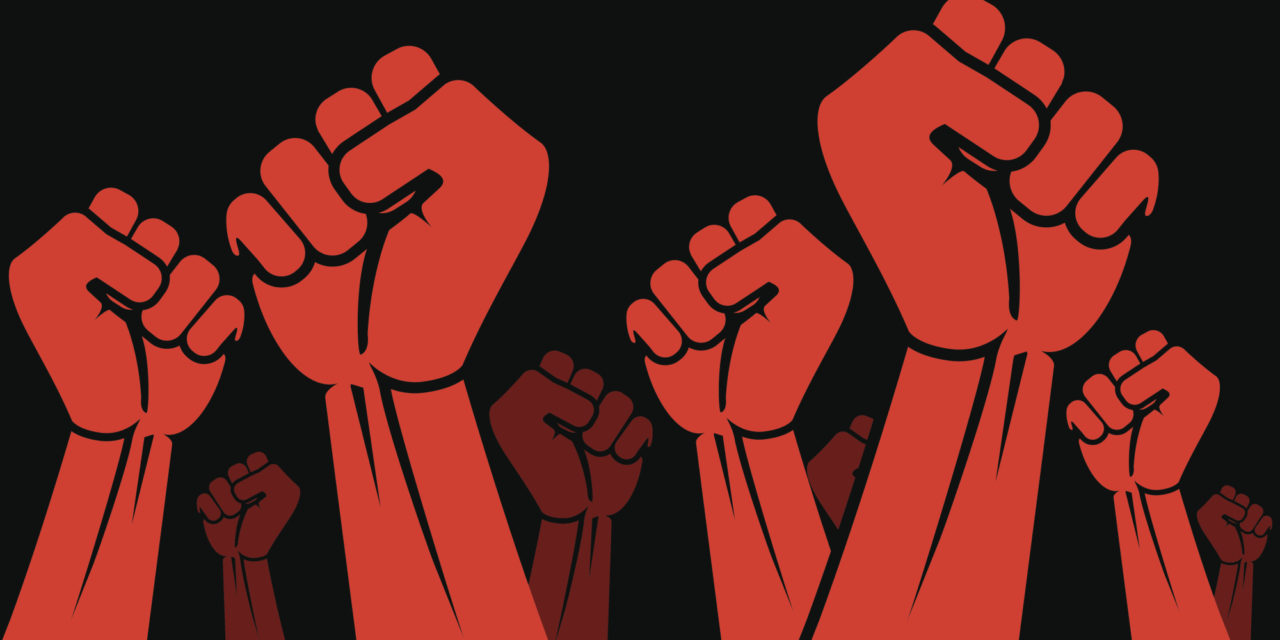 If the past few years in America are anything to go by, the remaining three years under President Donald Trump will conscientize US artists into producing and releasing more pro-black music with strong political undertones.

Since 2012 after the acquittal of George Zimmerman in the shooting of African-American teen Trayvon Martin who died, black Americans have grown more impatient with the lethargic manner in which this and other cases have been dealt with.  This gave birth to the activist Black Lives Movement which gripped the world’s attention through demonstrations throughout the country, especially in 2014 when another black teen, Michael Brown, was murdered. In a video of one of the demonstrations that went viral, protesters are heard singing Kendrick Lamar’s socially charged Alright.

Lamar’s 2015 released album, To Pimp a Butterfly, had more political undertones than all of his prior work. The cover itself was a statement; it depicts him surrounded by a mob of young black males posing in front of the White House with a passed out judge lying on the ground in front of them. On The Blacker the Berry Lamar raps about issues faced by black people, but at the end of the song he asks himself why he cried when Martin was murdered when black on black violence is commonplace in hoods-turning the question to the black community, daring them to look at themselves first.

Rappers such as Common, De La Soul, Talib Kweli, Black Thought of the The Roots, Nas and Mos Def have always been classified “conscious” rappers for their socially aware lyrics. It’s as though they were the artists expected to do the ground work of making us aware of such social ills, while others only have the burden of setting the mood at parties, bedrooms and wherever else.

Just before the release of her last album A Seat at the Table, Solange went on Twitter to say the project is “meant to provoke healing and journey of self-improvement.”

The Neo-soul, funk and hip hop influenced 20 track project is unashamedly inspired by what’s happening in that country. Both her parents have interludes where they talk about their own experiences with racial tension in America. “I’ve always been proud to be black, never wanted to be nothing else…there’s such beauty in black people, it saddens me when we’re not allowed to express that pride and if you do, it’s considered anti-white.  No, you are pro-black and that’s okay…that you celebrate black culture does not mean you don’t like white culture. I get irritated when people say it’s racism…or when they complain that there’s a black history month,” says Mother Tina Knowles

D’Angelo’s Black Messiahs also majorly politically inclined. Inside the cover of the album the artist writes “ The title is about all of us. It’s about the world. It’s about people rising up in Fergurson and in Egypt and Occupy Wall Street and in every place where a community has had enough and decides to make change happen.”

In the early 1970s during the war in Vietnam and the mass demonstrations by the Martin Luther King Jr. crusades and as well as protests by students on college campuses in America, Marvin Gaye was inspired to pen the poignant What’s Going On album.

“I began to evaluate my whole concept of what I wanted my music to say…I realized I had to put my own fantasies behind me if I wanted to write songs that would reach the souls of people,” said Gaye on a documentary titled Marvin Gaye, What’s Going On.

The album, which petrified Motown founder Berry Gordy at first, went on to be one of the best works Motown has ever released. The music itself did not bring about change, but the people did. The artist conscientize his many listeners and made them aware of what’s happening around them. May 1st in 1972 was proclaimed as Marvin Gaye Day by the Mayor of Washington DC.

The dynamics are quite different here in South Africa-yes artist will be seen performing at rallies for specific political parties but it’s rare seeing them voicing out their opinions, especially in their work. The likes of The Brother Moves On, Phuzekhemisi, Freshly Ground and a few dare tread on socio-political ground. It could be because the situation doesn’t look dire as yet. During the apartheid the likes of the late Hugh Masekela and Miriam Makeba were quite vocal about the draconian system while people like the great Fela Kuthi weren’t afraid of going up against authority in other parts of Africa.

Kwaito artist Kabelo Mabalane did take aim at poor leaders in his Immortal Volume 3 album released in 2015. In a track titled Free This Land Mabalane questions the country’s state affairs aimed at then President Jacob Zuma, without naming him. “People follow, but they don’t check their leader, that’s why they are also spinning,” he sings on the heavy afro-beat tune. Then comes the refrain “We Miss You Mbeki Where are you,” which is sampled from a 1989 protest hit by Sello ‘Chicco’Twala We Miss You Manelo.