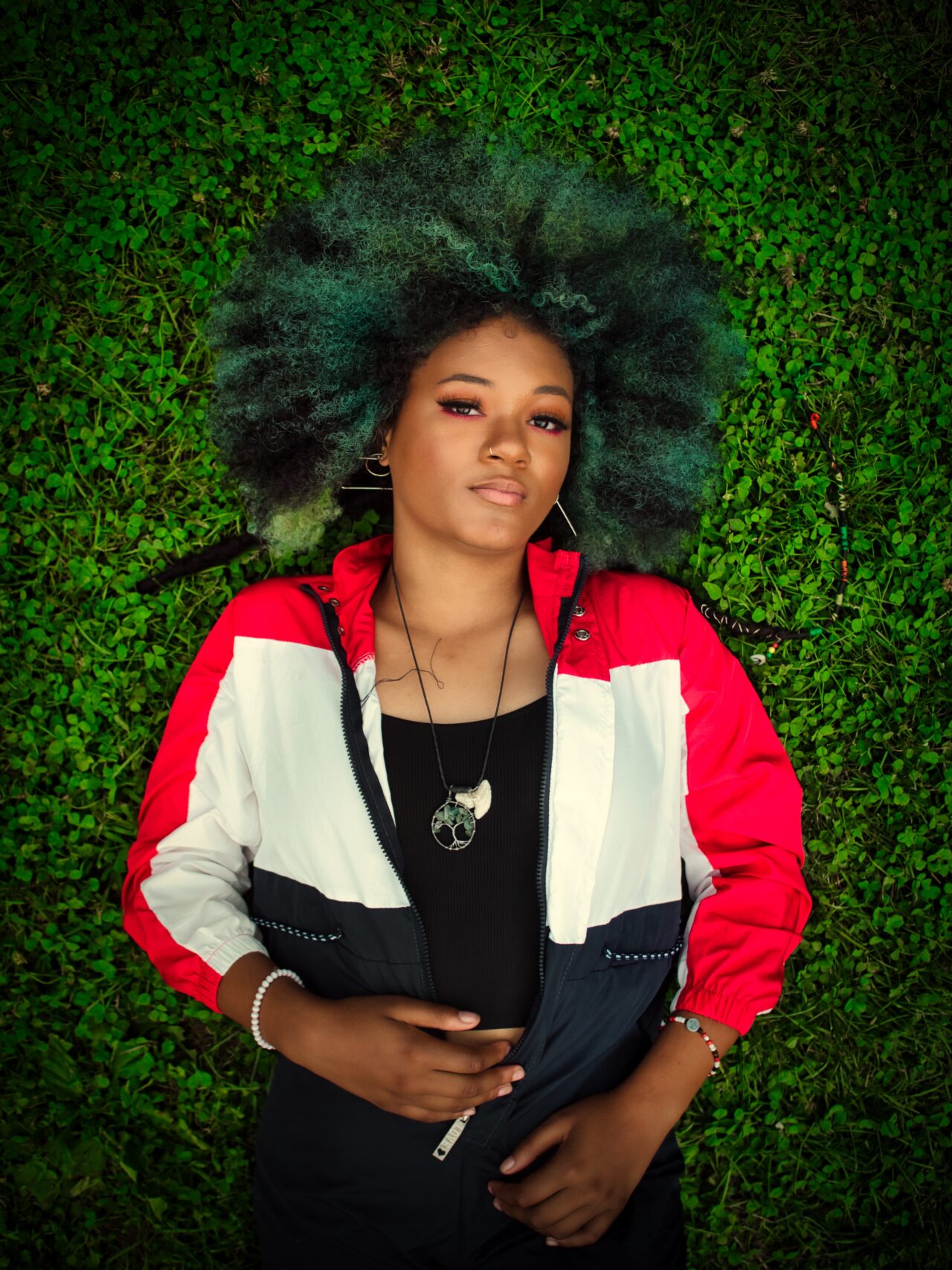 At the age of 22, Nyota Parker’s musicality and worldview is mind-blowing to say the least. Born in Ireland, with a Congolese and Irish heritage, a non-conformist with a sharp South African upbringing and global appeal.

The first instance I heard the music, I got struck by her eccentric and soothing vocals which instantly took me to a frenzy. She’s currently based in the United States where she’s pursuing her music career as she puts it “I’m really enjoying the opportunities here, it’s a lot easier to create something for yourself here”.

When listening to her music, one can’t go without mentioning her great command of language and an understanding of the complexities of prosody. Nyota Parker’s sound is experimental and impressively finely tuned; a fusion of different elements. What stands out the most and that which is reminiscent is her undeniable forte for Rap and Soul music which she dives into when creating her own records. To date she has released four music projects beginning with her first mixtape, Age Of Enlightenment in 2016, followed by Purification, then Energy and now her most recent album Spectrum in 2021.

She approaches music with sophistication and simplicity. You’d have to read the lyrics to understand what I mean. On Spectrum, which she says is her most solid album, she explores ideas about self-growth, identity and freedom of thought as demonstrated in the song Run: “But you proved that you will bend to all their rules. While I bend the rules”. And on track 2-Spectrum, she continues to reaffirm the notion of independency: “I just want to make my own songs and end up being stable. I don’t want no label sitting in a play round table. I don’t want no CEO telling me who to relate to. I’ve already learned that through trials and tribulations”.

The album is a precognition of the type of artist she is and what she stands for. She attributes her confidence and sense of independence to her upbringing “I was raised by my mom and her side of the family in South Africa, I’m really thankful for that. I’ve been shaped into the person and artist I am today because of the values that were literally drilled into my head, like never allowing someone else to dictate my life to me,” she says to Tha Bravado.

On her pre-eminent eight track album Spectrum, liberty to choose who she wants to be is a bastion to the theme and encapsulates the core assertion of the project. I’d describe the album as an enthralling enabling emergent collective consciousness of sonics tied together elegantly in harmony. She uses her voice and talent as a vehicle to ignite the spirit of freedom and emancipation. The tonality and lyricism exude an enigmatic and imaginative groove coupled with rhythms and poetry. I applaud her for the track variety and assortment she went for on the 2021 released album, for it sounds serendipitous. On certain songs she curated a “wavey” flow even if the songs are of an alternative genre which brought a youthfulness vibe.

My personal favorite song is Terms/Seasons, I enjoy how poetry and soulful it is – the opening lines resonate with me: “Music gets me through things but rap gets me. I think I’d rather suffer for my dreams. And die happy”.
Moreover, she won my heart when I watched her NPR Tiny Desk Concert submission performance. It convinced me she’s an all-rounded musician. I am looking forward to the new project which is said to drop sometime this year, mark my words she’s a star on the rise and it’s all thanks to that first amateur recording session back in 2016 in a “shoe closet…the homies shoe closet”.