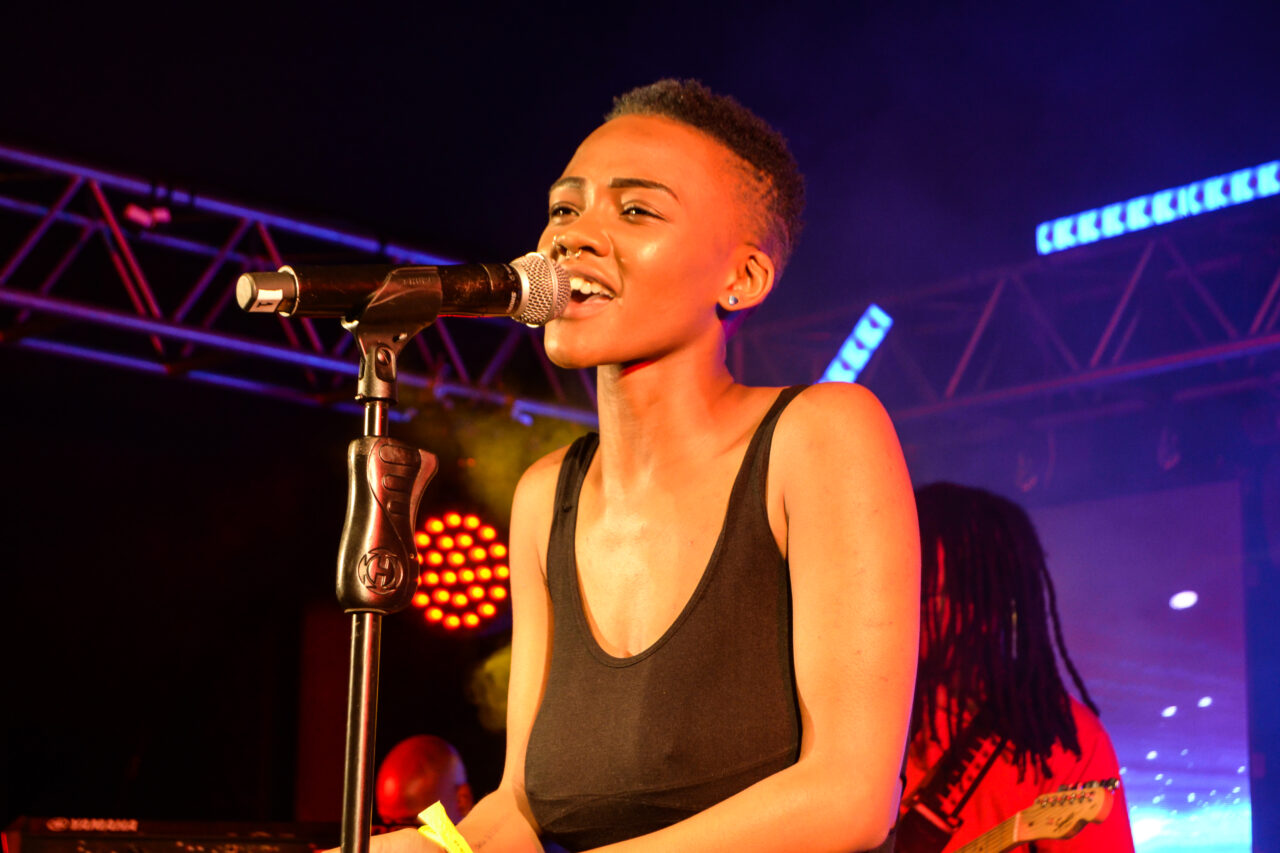 One thing we missed during the stringent lockdowns in the last 20 months or so was live music and the vibrancy of a festival. One of these festivals was Basha Uhuru Creative Uprising, where one always walks away having discovered new music or a new artist.

Bonga Kwana was one of those talents that many discovered at this year’s Basha, which again was hosted at Constitution Hill in Braamfontein, Johannesburg. Bonga Kwana was one of the night’s last performers at together with her band and she owned the stage. She gave so much of herself, not only vocally but also in her dance moves.

“I was a dancer, I always loved dancing…I just love entertaining people,” says the former ballerina. She says her love for music began in high school where she was part of the choir and a couple of jazz ensembles. “When I started performing with live bands, I was like ‘hell yea I like this,'” Kwana speaking of her school days which was around 2014 and 2015 when she matriculated. “I earned my tripes since high school.”

Bonga Kwana is an alumni of the Bridges for Music, an NPO which has for years now hosted tours and workshops in disadvantaged communities alongside internationally recognised artists like Ed Sheeran and Black Coffee.

Bonga Kwana quips that she is a Nando’s baby because she is a beneficiary of the food chain’s collaboration with Bridges for Music in educating young artists on the business side as well as the creative. “In 2019 I made the decision to join the Bridges for Music Academy. In the first month of joining, just shortly after joining there was an opportunity to be part of the Nando’s music exchange which was in London in 2019.”

Her performance at Basha showed that she is a student of the arts and has she learnt a thing or two while in London.

That performance was just a week before she released her debut project, New Faces to Old Problems on November 5th. Her single Ndifuna Wena featuring Ntsika of The Soil has been getting some airplay.