My typing cannot keep-up with the pace at which this rain is coming down. For some people, this here downpour could symbolize their growth, rebirth or sum like that. While for someone squatting in a shack somewhere, it’s simply a pain in the butt.

In the same way some still believe that any talk of miscarriages or child loss is taboo or a no-go-area. So much that a term like ‘fetal demise’ is preferred over ‘death’ or ‘passing away’ when talking about this kind of bereavement. But there are rebels out there, with a cause and without a pause, fighting against this stereotype. Palesa Makua is one of them.

Through her movement, Her Skin Speaks, which is dedicated at celebrating women’s ever-changing bodies, Makua put together a photo exhibition titled What Do We Call Women Who Have Lost Children? as a way of healing herself and other women who’ve lost babies.

“I was miserable and almost losing my mind, I then decided to quit my job to fully focus on myself and those like me,” she says. The Mamelodi-native lost her son through stillbirth in 2017 and has experienced two other losses after that. The idea to do this project came to her in January this year.

“This project has been what therapy is for most who find it useful for them.  It has not only given me the chance to openly deal with what has happened to me but also gave an amazing sisterhood with women who are strangers yet relate to my story wholeheartedly.  This project has been a healing space for me and it continues to serve that to those I have not yet met.”

Since this was also a therapeutic experience for her, Makua found herself reliving what she had gone through. “I also struggled with holding back my tears when we were documenting real conversations with the women who have lived these stories (which is totally understandable because we don’t necessarily get over the loss but with time we learn to coexist with the pain).

The exhibition was launched in August. “Showcasing at Vavasati International Women’s Festival hosted at The State Theatre was absolutely a dream come true, having to step on that much of a big entity’s stage and bare my soul was absolutely amazing.  The platform has added enormous weight to Her Skin Speaks ExHERbition as a brand.”

The exhibition has also made its way to the Kingdom. “Lesotho has become my second home and show casing there was absolutely needed as I have featured two ladies based in Barea and Morija (Lesotho) It was an honour seeing the subjects there with their loved ones to witness their contribution to such a movement and even heavier topic,” she says.

A photographer herself, Makua took photos of the four women who were part of this project. “The initial women whom the exhibition was about did not feel comfortable with being shot nude so I had to make a call out for women who are able and would like to embody their stories and it wasn’t really hard for them to agree to this idea as some of them knew why I needed to do this shoot because they are familiar with my story.”

The vulnerability that comes with nudity is no child’s play, especially in a society that sexualises the female body. It makes sense why some women would pull out of such a project- we live in a world where people even shun being naked by themselves. But not Palesa Makua, she has a liking for the bod. She embraces the beauty of her body without shame.  “The reason I am fascinated by telling stories through human nudity is because for a very long time women’s bodies have been a battlefield and unfortunately they continue to be.

I honestly couldn’t think of any other way to portray this “Battlefield” in its truest, most beautiful and sincere form as we know it and call it what exactly it is.”

“All these unfortunate events are taking place emizimbeni yethu or it is the foundation of the amount of damage that happens emuntwini, I couldn’t have chosen any other way to document our stories.”

“What I hope that people take from this is that no one has to suffer in silence and in the words of Zewande ‘The soul of a miscarried child never leaves the womb’ also hope that more women finds comfort that we are here holding space for them and that they should never go through this loss alone.  I hope this inspires more women to open up to other women about such events (I know I wish oh I had someone walking me through this).” 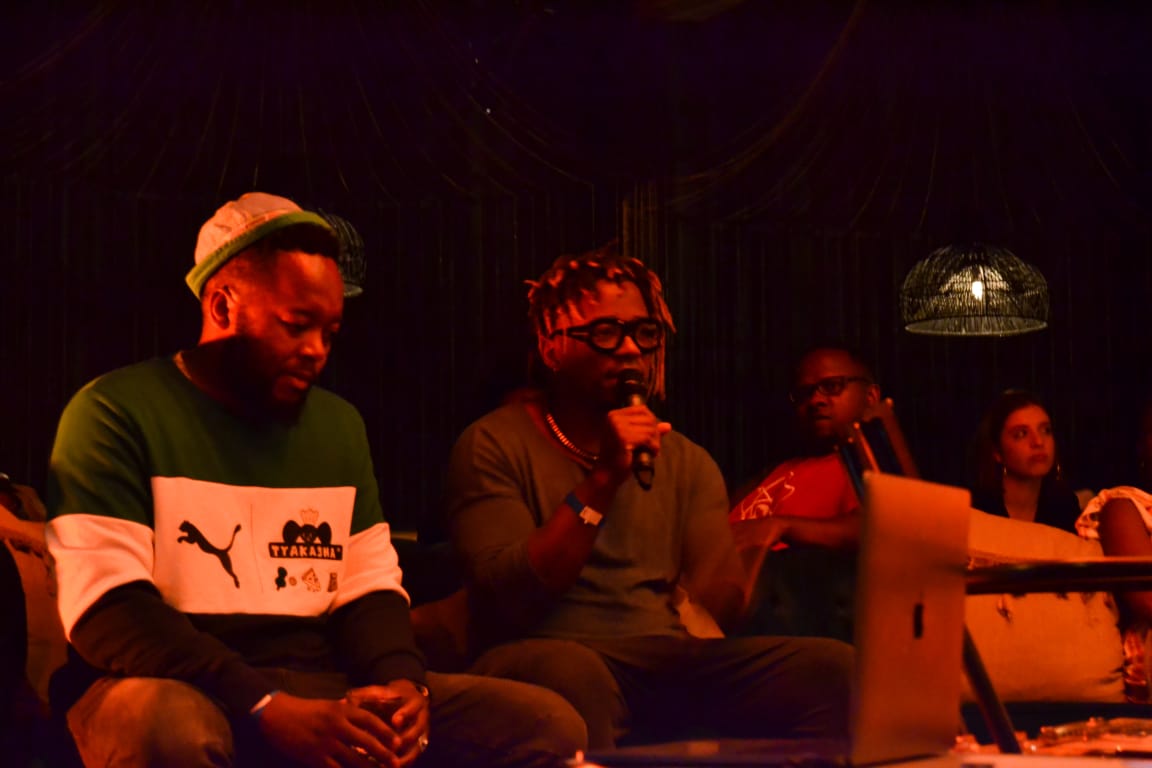