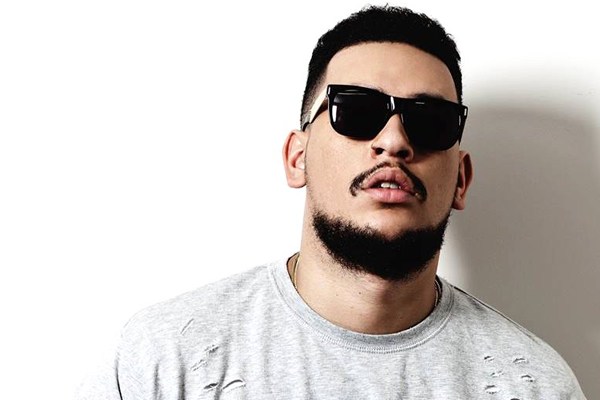 I know that sometimes one has to fake it until they make it, but I just cannot deal with the fake, especially those who are fake for their own sake. Kiernan Forbes is not AKA, he is too calculating to be such an unapologetic asshole with a narcissistic personality disorder, and I cannot listen to this public persona for 16 songs straight in a single sitting.  Fuck that!

AKA’s boastful swag is taken as inspiration by most of his youthful fan base and I don’t mind it when someone takes pride in the fruits of their own labour but everything has its limits.

This is made worse by the fact that almost all the songs in his new project, Touch my blood, are over four and half minutes long and filled with conceited and egomaniacal verses, which I suspect is due to the fact that it has been almost four years since he dropped an album, leading to an overdeveloped body of work. The man cannot stop telling us how awesome he is, making it clear I’m the one they aim at…we don’t pay the same tax…we ain’t in the building! …rappers in a wack place…niggers got bad taste…try to give me handshakes…I don’t ever feel them on the curiously named song Magriza, which is a boom bappy juggernaut of a joint.

On the record Fully In he stays flossing Niggers askin’ were your hands at…Phillip Ndoe…my closet is full of carture…yours is full of manure. I understand that AKA’s boastful swag is taken as inspiration by most of his youthful fan base and I don’t mind it when someone takes pride in the fruits of their own labour but everything has its limits. He exceeds these limits in his latest offering, always referencing his greatness relative to how shitty everyone else’s life is. I can take it in small doses but I cannot do it over an entire project, especially a project this long.

Don’t get me wrong the man is an aesthetic genius, his visuals are top notch and the melodies he selects almost always deliver in the dimensions of uniqueness and bounce. I personally would have preferred him giving us more pieces of himself in his work beyond the consistent references of his heart break and love for Bonang, which is done almost purely for its marketing value.

With all that said this is one of the best Hip-hop projects to ever come out of Mzansi and I predict that Kiernan will be stacking them madibas to the ceiling in the coming spring and summer, which unfortunately means we can look forward to more conceited content in his records.