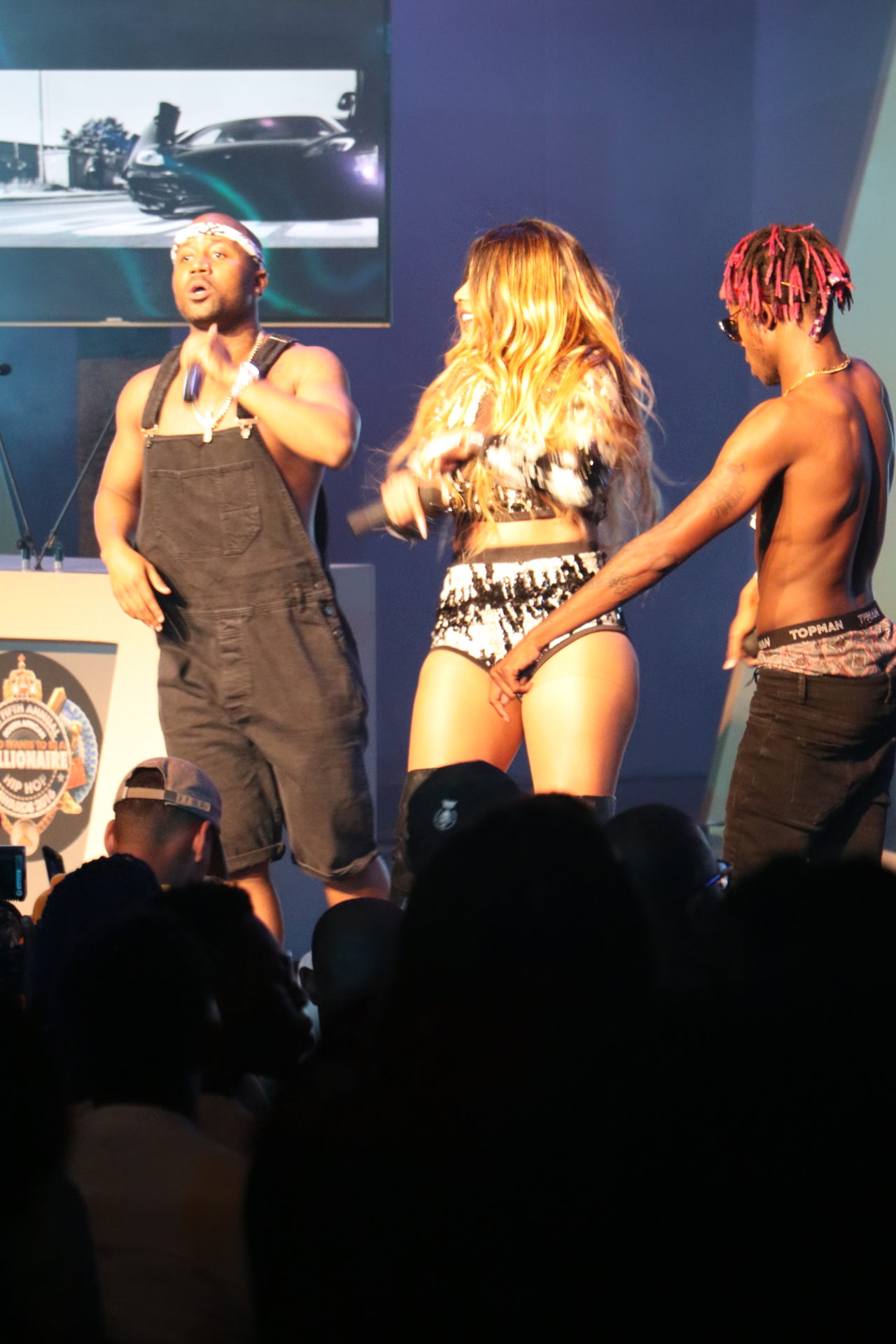 BY definition, a milestone is; 1. A stone of a kind that use to be fixed beside a road, to mark the distance between towns; 2. A significant stage or event in the development of something.

The latter is where we’re at. So nominees of the seventh annual South African Hip Hop Awards were publicised exactly a week ago.

There were a couple of eyebrow-raising names, or the lack of, such as AKA in any of the categories- he decided to snub SAHHA because as he put it “I no longer submit for award shows because I no longer believe in the concept of awards”. Ironically there is the return of Nasty C, with eight nominations, after choosing not to submit any of his music last year. Zakwe, Kwesta, Da L.E.S and Cassper Nyovest are the other leading nominees.

Founded by Sowetan Osmic Menoe, the SAHHA have upheld consistency for seven years now. Ritual Media’s dependability should be noted-we had HYPE Magazine Hip Hop Awards that fizzled in the past. Regardless of the winners of the night, one always leaves the SAHHA with more discernment of the South African Hip Hop landscape. They put a spotlight on people you’ve never heard of, from provinces afar, who love Hip Hop with the same passion of a Hip Hop head in Brooklyn. This whilst celebrating past and present leaders of the game.

But one guy who gets nauseating love from SAHHA, is Cassper Nyovest. For the fourth consecutive year, Cassper is the recipient of the Milestone award at this year’s SAHHA. The Mahikeng rapper is a hard working kat that could and should never, be juxtaposed to any of the fellas nominated in the best Lyricist category because he is not one. You could argue that he’s an artist, who found a way to manipulate the game in ways that many never imagined.

At HHP’s memorial service, he said the deceased foresaw his stardom. While HHP’s hype man, Nyovest would nag the OG to sign him, but Jabulani Tsambo would turn him down because he thought Cassper could and should make it alone. “He said I’m not an artist that should be signed, I could be a business man and should be as big as Lil Wayne,” said Cassper.

Unlike the late Tsambo, I would liken Nyovest with MC Hammer. The latter is considered the first mainstream rapper who had a financially rewarding career, by pushing boundaries and being smart enough to use gimmicks and other things around his music. Unfortunately Hammer was a spendthrift, which was one of the reasons for his disgraced fade. I don’t foresee Nyovest in those sort of troubles, especially because he’s an independent artist.

His filling of The Dome in 2015,the inaugural Fill Up concert, will forever be etched on the history of South African music. Prior to this he used his ponytail and beef with AKA as gimmicks to push sales, but Fill Up gave opportunity for Cassper to display his ruthless marketing skills.It was a success- success which swelled his ambition to turn a once-off concert to an annual event. Three years down the line, Nyovest has filled Orlando Stadium, FNB stadium and is currently fiery than a campaigning student activist, as he attempts to fill up Moses Mabhida stadium. He will have that beauty in Durban to capacity, come December first.

The dude is in his moment, and you can’t front on that. Now as much as these are great feats, do they warrant him the Milestone award for four consecutive years at the SAHHA?

Are we saying that should Cassper, as I expect, go throughout the country and possibly various parts of the continent filling other stadia, be given this award until he runs out of breath? This is not about Cassper. Let the black man get his bag while he still can. But he can’t be awarded for repeatedly doing the same thing, just at different venues. The novelty of Fill Up died after his concert at the Dome ended that night in 2015.

It’s just not logical for the awards to continue on this trajectory, with the Milestone award in particular. For the safety of not sounding like an advocate for anyone, but the country’s Hip Hop, I will not even suggest who besides Cassper, deserved the Milestone award in the last few years. But take my word, there are people who’ve put in work deserving of a Milestone award. Osmic didn’t respond to questions surrounding the award.

This ruins the awards’ credibility with the fans and artists alike. It could be the reasons why artists sometimes choose not to participate, with the fear of headlines that read “SO AND SO LEFT THE REST STUNNED AFTER SCOOPING ALL THE NIGHT’S AWARDS ” as to suggest that one’s music or work isn’t good enough nor appreciated by the masses because of a gong.