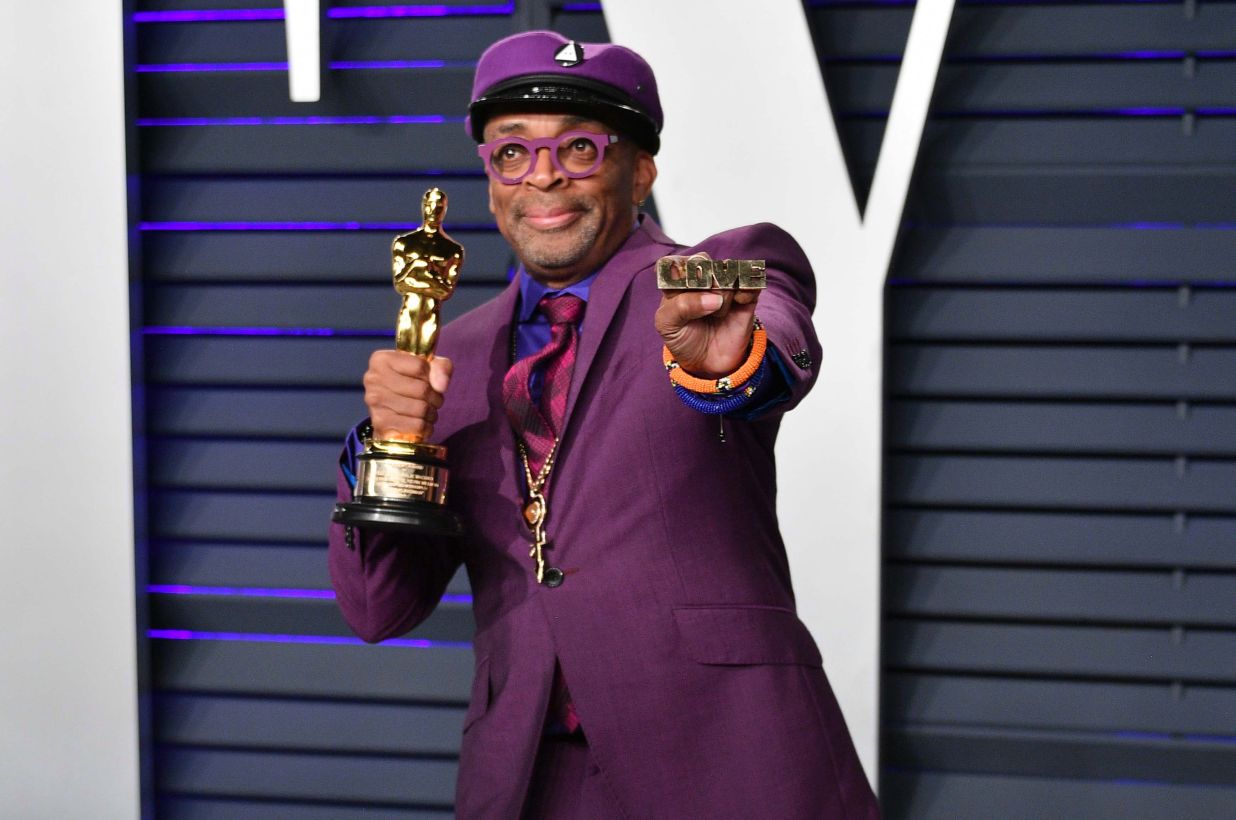 EVER found yourself genuinely delighted that someone is happy, despite your opinion of the reason for their happiness?

Like how an attractive damsel would be overjoyed by shedding some kilos, you’d obviously acknowledge her achievement of reaching a personal goal, but in the back of your head know that she doesn’t need the number on a scale to validate her beauty.

That’s how I felt Monday morning, watching highlights from the 91st Academy Awards. It was when legendary film director, producer and writer Spike Lee went to accept his first ever Oscar award for his recent film, BlacKkKlansman.

One of the best films ever to be made, Do The Right Thing, which Spike wrote, directed and produced in 1989 was snubbed by the Academy awards. Earlier this month, speaking to The Washington Post Spike was quoted saying “This is not in any way disrespectful to the Academy, but after Do The Right Thing, I just said ‘you know, whatever award it is, I’m not going to let myself be in a position where I feel I have to have my work validated.”

That quote alone lets us into the pain Spike felt from the 1990 Oscar Awards. On the other side of coin, his elation on Sunday night’s ceremony demonstrates how much the award means to him. And accepted the award with a moving speech.

I have not watched BlacKkKlansman, so I can’t say if Spike deserved the award for that particular movie. But on Tuesday morning I posted on Facebook that Spike is too great to be excited by an Oscar. Without trying to throw shade at the irrepressible director, the point I was merely trying to convey was that great artists don’t need to be certified by the academy institution to sanction their prominence. Especially black artists.

But what stood out for me, was how most of the young creatives on the social site, liked, agreed, loved and even shared the post.

I get why Spike was hurt by Do The Right Thing‘s loss, and why 30 years later, he jumped on Samuel Jackson’s arms like a lil kid, in accepting his award. Think about it, Spike was 32 years-old when the awards that celebrate cinematic excellence took place in 1990, and they had been taking place for more than 60 years. So you can imagine the clout, prestige and significance of a recognition from the Academy to a filmmaker born in the 1950s.

Not to suggest today’s young creatives don’t appreciate or yearn even, for industry recognition. There’s disinterest and distrust towards “honours” from industry gatekeepers. In music and film.

I was my mother’s one year-old sweetheart when Malcom X (also directed by Spike) was in cinemas. I watched the film years later and was astonished to find out that Denzel Washington, who played the US political activist, didn’t take the Best actor award in the 1993 Oscars. Why would I trust them, if they dismally failed to celebrate Denzel’s finest piece of acting?

Young artists don’t trust these institutions.  After winning his Grammy last month, Drake gave an acceptance speech that displayed the power that today’s artists have taken from these ceremonies. “We play in an opinion-based sport, not a factual based sport. It’s not the NBA where at the end of the year you’re holding the trophy, because you made the right decision or won the games. Look, if there’s people who have regular jobs coming out in the rain, in the snow, spending their hard-earned money to buy tickets to come to your shows. You don’t need this right here. I promise you, you already won.”

Poignant words from the Canadian rapper on the Grammy stage, basically giving the prestigious music awards a polite middle-finger. And this by the way, is from an artist who a few years ago gave away his own Grammy awards on Instagram to artists who he thought were snubbed.

Social media has allowed artists direct access to their fans. Artists are continuously on the receiving end of affirmation from their followers, reminding them of the real impact their art has. Do The Right Thing grossed over $30 million in cinemas, with a budget of less than $10 million. I wonder how Spike would look at that snub, had the movie came out during the prevalence of social media. The validation that comes with seeing people from around the world, celebrating your work would have some effect on your view on awards. Black Panther director Ryan Coogler, said he appreciated how 2018’s big movie was appreciated by the audience.

While celebrating the Grammy wins of Cardi B, Jay Rock and Anderson.Paak on Twitter, J.Cole mentioned how this moment for them, is bigger than the awards could say.

Of course there are senior citizens in Hollywood who’ve had this thinking long before, like Woody Allen who has never accepted awards from the Academy. “The whole concept of awards is silly. I cannot abide by the judgement of other people, because if you accept it when they say you deserve an award, then you have to accept it when they say you don’t,” said the dodge old man.

I personally don’t have an issue with awards per se, it’s people running these bodies that I have gripe with. Black creatives are always chasing to be recognised by Caucasian-led institutions.

Someone made a point on my post on Facebook that Spike was also celebrating the milestone because of the tireless work he’s done as an activist for the inclusion of black people in Hollywood. I honestly believe it’s through the work done by people such Spike, that Black Panther and even Jordan Peele’s Get Out won Oscars. It’s through the noise he’s been making.

That’s good and all, but do we still need to be making noise about not being appreciated by white people? why should we fight for inclusion into institutions created by Caucasians ? Our generation doesn’t want to live out its blackness through white norms.