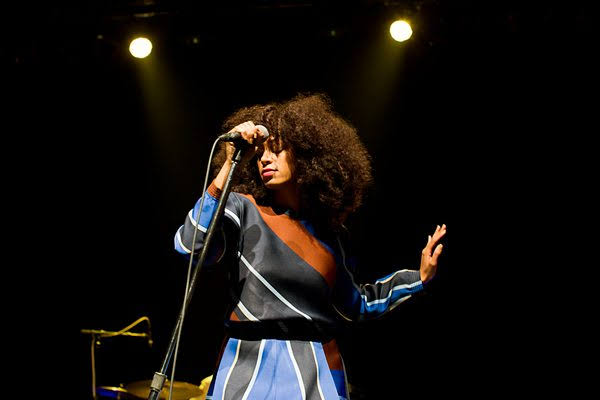 IN A move that was expected in at least three years, Riky Rick has heeded the call for a big scale event that will take over from Hip Hop festival Back To The City after Ritual Media announced last year that the international festival would come to an end in 2021.

Social media was flooded with news of Riky Rick’s curated music festival next month which is to celebrate music and fashion, as he released a line-up of South African Hip Hop acts who are established and those who aren’t in the mainstream.

“Mainly set to showcase the diversity while fusing the gaps within various Hip Hop sounds and local movements, the Cotton Fest will not only bring together and unite over 80 unique acts divided over two stages, but will celebrate fashion in its various spheres,” read the statement.

The long list of performers and the space for fashion is very much similar to what BTTC did for over a decade now on every Freedom Day. BTTC was founded by Osmic Menoe and Dominique Soma in 2007 and has been an institution of the Hip Hop culture in its entirety. With B-Boys, Graffiti artists, fashion designers, skaters and ballers-everyone involved in the culture was catered for.

But a lot of dissatisfaction from fans with BTTC was with how Osmic and his team never brought an international act which was current and popular among with the youth, i.e a GoldLink or Mick Jenkins. In an interview in 2014, when they had brought old school rapper Jeru The Damaja to the country, Osmic the founder of Ritual Media said the reason for bringing old school kats was a way of giving the old heads in attendance something to enjoy as well, as the line-up is dominated by new generation of emcees.

It’s to be seen whether the Cotton Fest has observed that plea from the people to not bring has-been artists to South Africa. There will be a surprise act on the day; whether that act is an international performer or not, it will be seen on February second.

The inaugural BTTC was held on the corner of Bree and Henry Nxumalo Streets under the bridge, attracting 3500 people and has grown over the years to numbers above 20 000 and is hosted at Mary Fitzgerald Square.

The Cotton Fest will be hosted at The Station near Nelson Mandela Bridge and the one-priced tickets will be limited to only 5000 attendees. Just like BTTC, one can foresee Cotton Fest growing in numbers and heading to Mary Fitzgerald Square in a few years, which will complete the transition of the guard in Newtown and Hip Hop. 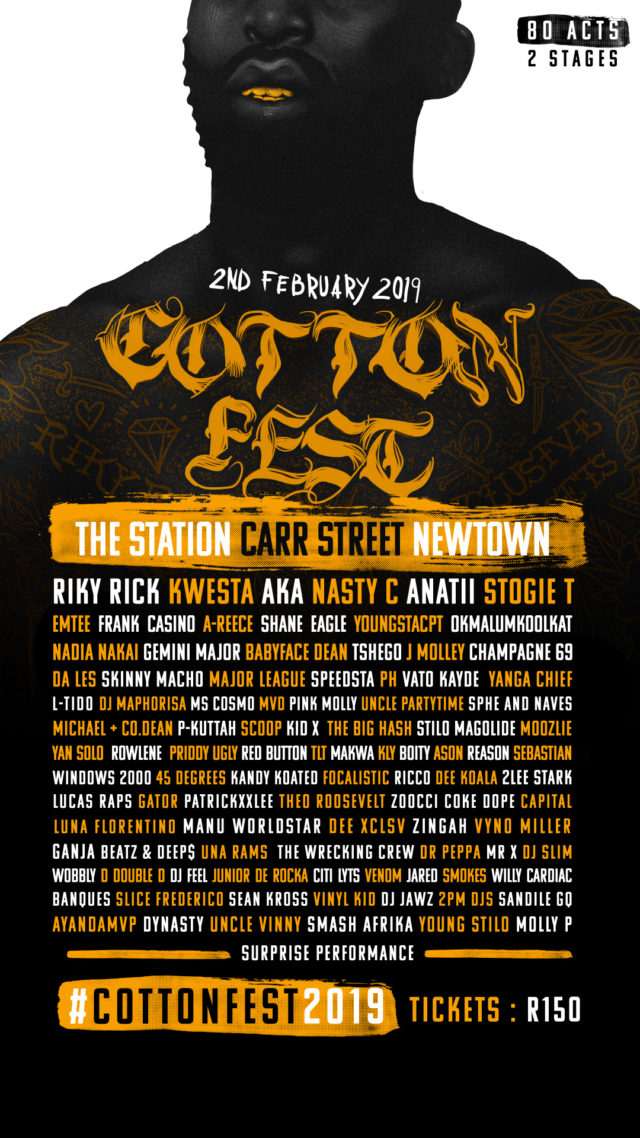 JUST FOUR DAYS before he was to headline Rocking The Daises and In the City festivals, it was announced that US artist GoldLink won’t be performing in the country this weekend.

“Due to unforeseen personal health reasons, Goldlink will not be performing at this year’s Rocking the Daisies and In the City festivals in Cape Town and Johannesburg. Goldlink is extremely disappointed that he won’t be playing to his South African fans this weekend but promises to return soon,” read the statement from event organisers yesterday.

Last year Solange gave a similar reason for cancelling her performance at the inaugural Afro Punk Johannesburg just days before she was to headline the festival. But unlike Afro Punk, Rocking The Daises and In the City festivals were swift at finding a suitable replacement for the Washington D.C rap singer.

The statement included that Aminé will be GoldLink’s replacement at both events. Aminé is a suitable substitute, as the two do comparable music and have a similar fan base, although GoldLink’s music has more body than Caroline rap singer Aminé.

“I was sad but I mean with GoldLink after he plays Crew, what else are we finna listen to. Most of his songs are feel music anyways. Aminé at least we got both albums with sufficient amount of jams. We have Majid Jordan to put us in our feels, please I’m not there to cry,” said Clownish Gambino on Twitter.

But as much as the announcement that Aminé would be the plan B was welcomed by some, others weren’t happy at the news. “Bathong, GoldLink just cancelled on us??? Wow,” Okay Wasabi Tweeted. “Solange and GoldLink are the reasons I have trust issues,” said Szechuan.

Rocking the Daisies takes place this weekend where the likes of 6Lack, Soulection and Mura Masa will be present in Cape Town while In the City takes place on Sunday at Emmarentia Dam in Joburg with the same artists who will perform in the Western Cape.