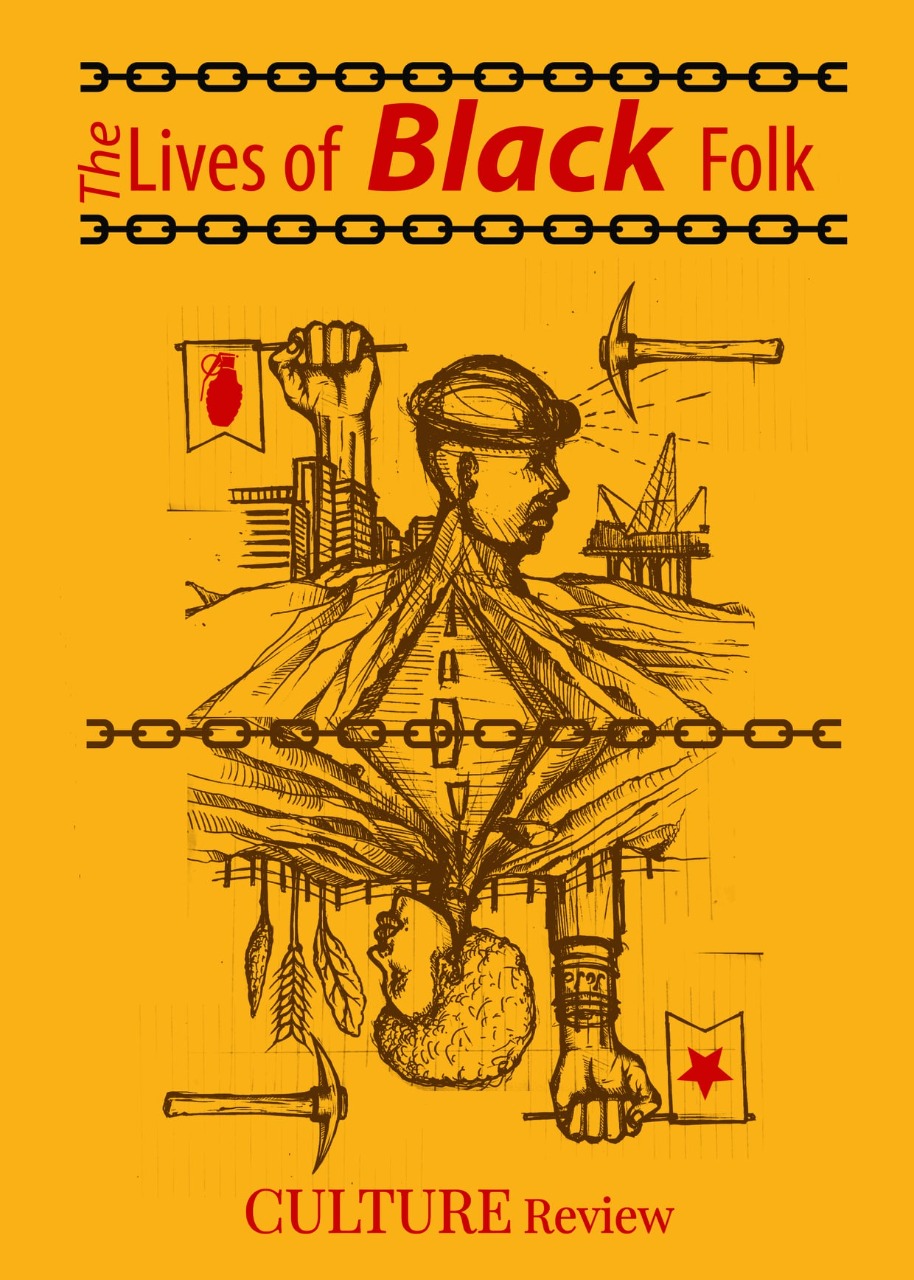 This is the first of a two-part book review of The Lives Of Black Folk, a collections of essays by a variety of Bantu writers. It is the brainchild of online magazine, Culture Review. I was fortunate enough to have first dibs on which two chapters I would review and I instinctively wanted to talk to and about Abantu and Azania-which are the second and fourth chapters respectively. Khulisile Nkushubana will share his two cents on the first and third chapters, A Disturbance and Culture in part 2.

In that disappointing final episode of Game of Thrones, a shrewd Tyrion Lannister said something poignant as he was pleading the case for Bran Stark’s kingship. “What unites people? Armies? Gold? Flags? Stories. There’s nothing in the world more powerful than a good story. Nothing can stop it. No enemy can defeat it.”

I was enthralled by the 181 pages of The Lives of Black Folk, but the Abantu chapter was particularly special to me as a storyteller and an avid consumer of chronicles. But these aren’t the fictional tales of George R.R. Martin. The stuff on Abantu are real accounts from real people, abodarkie abanjengami nawe. In his intro to the book, editor and founder of Culture Review magazine Kulani Nkuna describes the hardcover as “A disavowal of the black condition as it currently exists, and the seeming disruption brought about contemporary challenges. It is simultaneously a mourning and a celebration-of blackness in all its attendant vicissitudes.”

A Letter To All The White Women Whose Panties & Bras I have Worn by Palesa Nqambaza is one of the stories on Abantu. Nqambaza details how she was a lifetime recipient of hand-me-downs of underwear from white women, who employed some of the women in her family as domestic workers. Nqambaza, who is a ph.D candidate at Wits, Politics Department and is a sessional lecture in the same department, addresses this demeaning part of her life with a sense of humour. “They raised you until they were ultimately employed by you. You in turn, have raised my bum. Yes, white women, you are my bum’s keeper,” she writes. Yet she calls-out this false-sense of goodwill white women possess. “…you just came from a world where someone else could be a site of your garbage disposal; a world of excess. And (thank God for philanthropy) a landfill opened up to you in the figure of my aunty. She represented lack, an abyss waiting to be filled by that which you needed to dispose of.”

It’s cute how Nqambaza’s criticism ends with her aunt’s employers, not her aunt who has been handed these personal and used items for years and yet hands them over to relatives. The letter also highlights the generational disparity between Nqambaza and her aunt’s feelings towards white women’s behaviour in this regard. That her aunt still hands her the black garbage bag with clothes, despite the fact that Nqambaza is now a middle-class educated woman who can afford, is telling.

Under the title Working Women, the real life accounts of black women toiling for their children, interviewed in the 1980s shows just how much things remain the same as they change. The story of Dolly, whose husband was jailed in the 1960s and was forced to do extra work to support her two children, could very well be a story of a women living in South Africa today.  “I became a prostitute because of circumstances. I was struggling. Most of the time I to borrow money,” says Dolly.

She was a sex worker from 1964 to 1984. “I used to operate in Hillbrow a lot. But nowadays I haven’t got a place to go during the day, You’ve got to go maybe in a passage. It’s risky. It’s very risky. Prostitution is not nice at all. It pays…it does not pay. No.”

Perfect Hlongwane’s Dignity Isn’t Always Pretty (for Fikile ‘Bra Fikz’ Magadlela) talks to the struggle black creatives wrestle with, when it comes to the balancing act of making a living through your art without devaluing the artwork or yourself. Yet writer Hlongwane addresses this animal through his friendship with artist Bra Fikz. You can listen to the audio version of Hlongwane’s letter here.

The Abantu chapter has 13 colourful, unique, educational and real-life anecdotes that display the intricate beauty of our humanness as black folk.

Makhafula Vilakazi’s Ulele is a timely opening piece to the Azania chapter. He poignantly titled his poem Ulele, which talks directly to black folk’s lack of urgency pertaining to issues of land. An extract from the poem:

On Whose God Is It Anyway? Pastor Xola Skosana, a former pastor of 30 years talks about unshackling from the chains of slavery, religious slavery that is. “May I add and say that the church captures the heart and imagination. The gun, the school and the church do a complete work, in the process of making a slave,” writes Skosana who now runs Kilombo Village, a home for Run-Away-Slaves.

“So, when a slave burns down a building in a system that maintains his/her slavery, and stands by to watch the flames engulf the building, it is a beautiful moment. It is the closest thing to the possibility of undoing what was done to make him/her a slave. When the slave finally wakes up, not even Jesus will stay inside the church; for the furry will be too much to bear.”

Romantic as this sounds, I was left with more questions than answers after reading the former pastor’s thoughts and ideas. Since religion and spirituality are different things, I got a sense ambiguity about what a run-away-slave is in this sense. I was expecting him to introduce perhaps into the conversation, ideas about black spirituality or a more nuanced conversation about religion. Be in ancestral worship/belief or the discussion about real Jews being black.

Overall I enjoyed reading The Lives of Black Folk. It felt like being in a room with Bantu people, listening to each other’s stories and finding ways to attaining true freedom.

I believe black South African from different walks of life need an opportunity to read this book, as a reminder of one’s blackness. In the book are artworks from black superstars such as Thabo Lehobye, Sive Mqikela, Thonton Kabeya and Ayanda Mabulu- the artworks were a cooling interlude between the hard-hitting black experiences on paper.

Then via email at
sales@culture-review.co.za