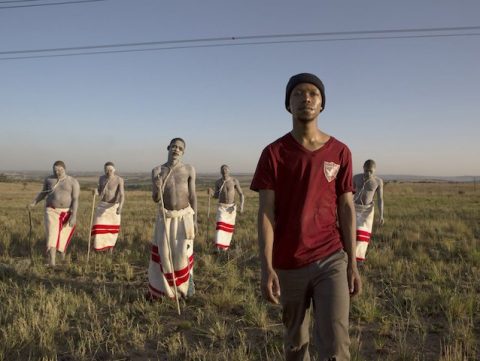 It has been almost ten years since I was traditionally initiated in Xhosa manhood and I remember it like it was yesterday. The blood, the gore, the endless days of pain mixed with sleep deprivation, wishing that this archaic shit would end so that I could get back to civilization and resume my life in modernity. Personally I was indifferent to the whole idea of ukwaluka but at the time I was living under my parents roof and they are rural to the bone, so a ghetto kid did what he had to do to survive.

The ritual is designed to be traumatic so that the knowledge imparted unto you by elderly ‘wise’ men is seared into your memory like a brand on a cow’s behind. Unfortunately most boys come out of the whole shebang with a solid grasp on the finer points of misogyny and alcoholism.

Xhosa initiation rites seem to no longer serve their intended purpose, which was to nurture loyalty in young man and instil a sense of pride in them for being tough enough to survive the entire brutal experience. This was necessary in a precolonial South Africa, where bitch-ass-niggerisms couldn’t be tolerated because as the saying goes ‘you are only as strong as your weakest link’. The tribe could not afford to be weak, with megalomaniacs like Shaka Zulu prowling the land for villages to conquer.

Traditions should only survive due to the pragmatic value they have to a society or a community. If that set value is no longer readily apparent, then modes of thought, attitudes and behaviours become toxic. Their preservation is generally due to sentiment. As an economically poor people who do not have a working knowledge of our culture before colonialism, we desperately hold on to pieces of ourselves. Like a tortured soul tightly holding on to a piece of a broken mirror hoping to get a full picture of the beauty they once had. I think the reason we do this is because we want to feel like haven’t assimilated the coloniser’s way of life, it is reactionary.

Tradition is a function of culture, along with language, fashion, art and belief to name a few of its elements. Its unadulterated practice in isolation does not make sense because its intended function out of context will not bear the anticipated results. For example, educating children in their mother tongues but public and private institutions of consequence communicate is English. Having worked in the retail sector as a cashier, I saw the inferiority complexes that my co-workers had when they had to deal with an unreasonable Caucasian customer because they did not have a proper grasp of the English language. The very same people would have no problem dealing with an African customer who spoke the same language and exhibited the same kind of unacceptable behaviour.

I can already hear the culture Nazi’s shouting “in order to know where you’re going, you must know where you come from”. In principle I agree with this idiom, but in life I’m not a prisoner to it. I understand the profound desire that we have, as Africans, to be masters of our own destiny but we should not let it blind us in our actions. We should look at the world for what it is, rather than looking at it as what we think it used to be. The reactionary tendency to romanticize precolonial African culture is doing us no favours in reclaiming our sense of identity and sense of being. Instead we should consciously and consistently repurpose elements of our culture so that they are useful in addressing present day challenges.

For instance I think the tradition of ukwaluka should be used to instil:

·         Tolerance for other people’s point of view and cultures

·         The value of discipline and perseverance

·         An internalized understanding of how to treat African people regardless of gender, tribe or class

The value of human life.