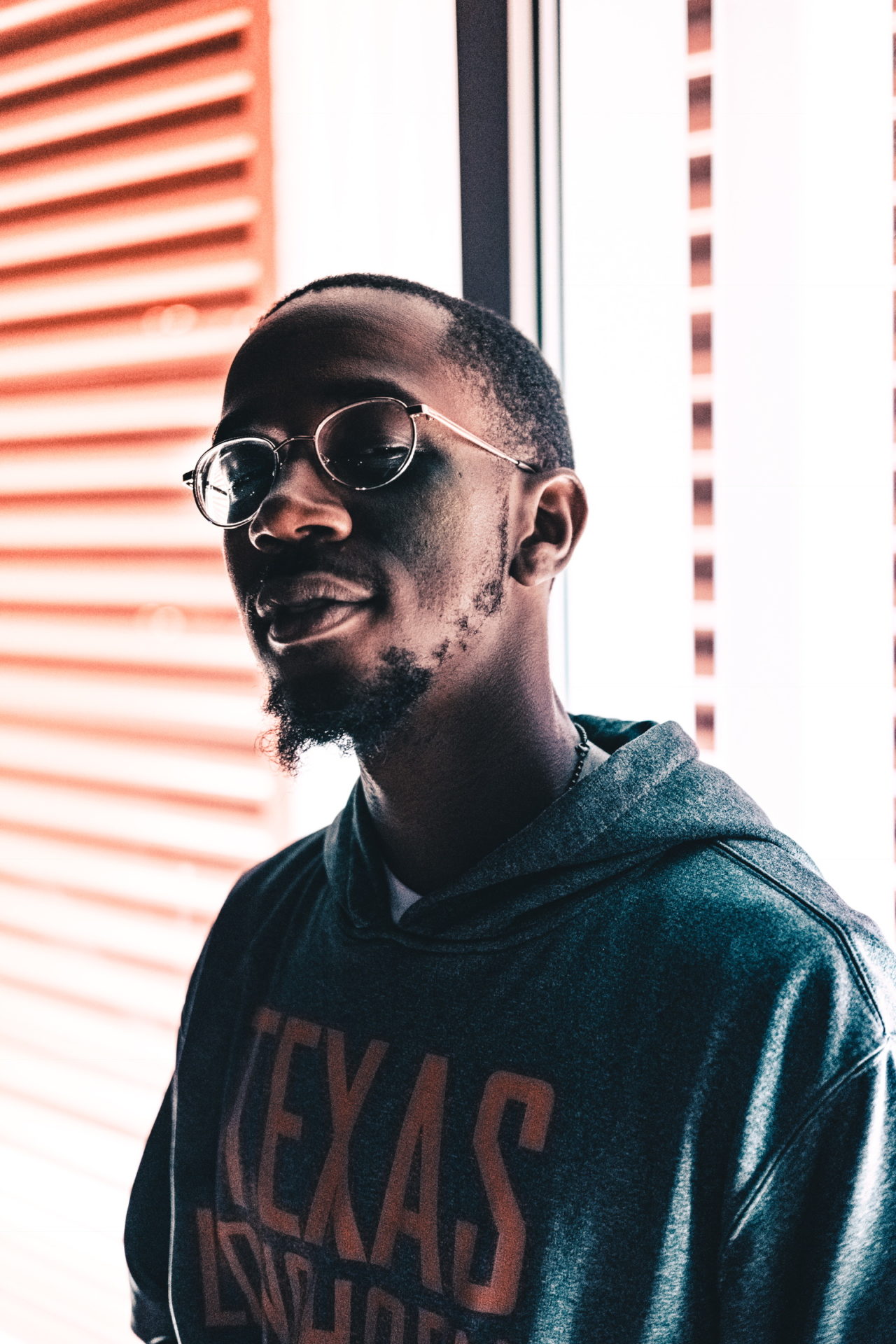 It’s true that when music hits you, you feel no pain. Bob Marely’s lyrics reverberate more when I hear new music from an unfamiliar artist.

So there I was on the internet doing what I usually do, giving into YouTube’s suggestions. This time I came across US artist Anti-Lilly. The music hit hard enough for him to be sitting on the balcony in the afternoon at his home in Houston with his cats, answering my questions about his music and everything else.

It was the intro to this 25 year-old’s second mixtape with producer Phoniks titled It’s Nice Outside that got me. The subtlety at which the keys are being played shows how Phoniks skilfully manipulated the sample to set the scene for Anti-Lilly’s vulnerability and sensitivity throughout the album.

“Phoniks is a musical scientist period. I can’t take much credit for my musical input on the production. He’s like my muse that allows me to best channel my emotions and brings out the best in every track,” says the rapper.

Phoniks truly epitomizes the producer title because he created the music and made sure it captured and complimented Anti-Lilly’s feel on each song. “One thing he does all of the time is he will send me a skeleton of the beat. I sent it back and he’d remix it or add another element to compliment my verses and hooks. We love to go back and forth and that really helps grow the sound,” says the Don’t Sleep Records artist.

30 seconds in and you can tell this isn’t the kind of album that will inspire self-confidence like a Kanye West album would. But it’s about self-introspection, healing, forgiveness and starting afresh. Simultaneously leaving you hopeful and optimistic about life outside of where you might currently find yourself through his genuineness and uncomplicated thoughtful lyrics.

Anti-Lilly, whose real name is Drake Lilly, released the sophomore project late 2017 after his 2014 debut Stories From The Brass Section tape. The space between the projects saw Anti-Lilly go through lapses of depression that drove him into isolation. From a tedious job to being betrayed by one of his best friends who impregnated his girlfriend and also temptations from the streets were some of the things which prompted creation of the project. But listening to the album I thought perhaps this might be too personal to put out.

“I use my music as a way to get everything off of my chest. I personally struggle when it comes to communication with my loved ones. I’ve only ever been comfortable venting to my microphone so I think that’s how my vulnerability is so easy to pick up on.”

Artists can get ostracised for baring their souls in their art, a case in point is Lauryn Hill after she released her MTV Unplugged No.2.0 – and this was before the ubiquity of social media. “My favourite artists are those who aren’t afraid to bare emotions. When you think about that Unplugged joint which dropped over a decade ago, it’s seen as a timeless classic. The reason why is because the subject matter and pure honesty.”

“I’ve never really thought I was giving away too much on my songs because I didn’t have another avenue to get my thoughts out.”

In the Nobody’s Perfect video the rapper has brush in hand, working on a painting around other beautiful works in a flat. He laughs off the assumption that the work in the room is his. “I’m a very amateur painter. I have a few skills but the paintings came from my director’s wife. My girl is really talented at canvas art too. As far as other avenues, I read, exercise, and watch a ton of movies,” he says.

He’s been holding a job at a customer call centre for the past six years. With a company supportive of his music career, Anti-Lilly is looking forward to his first European tour next month.

The album has touched many people, hence he thinks the The Insomnia Tour will help him connect with a growing overseas audience. “It’s been crazy to get emails and messages from folks who listen to what we create. It humbles me for someone to explain to me how much my music touched them or provided inspiration.”

“I won’t get deep with peoples stories they have shared out of respect, but it only inspires me to continue to do what’s gotten me here.”