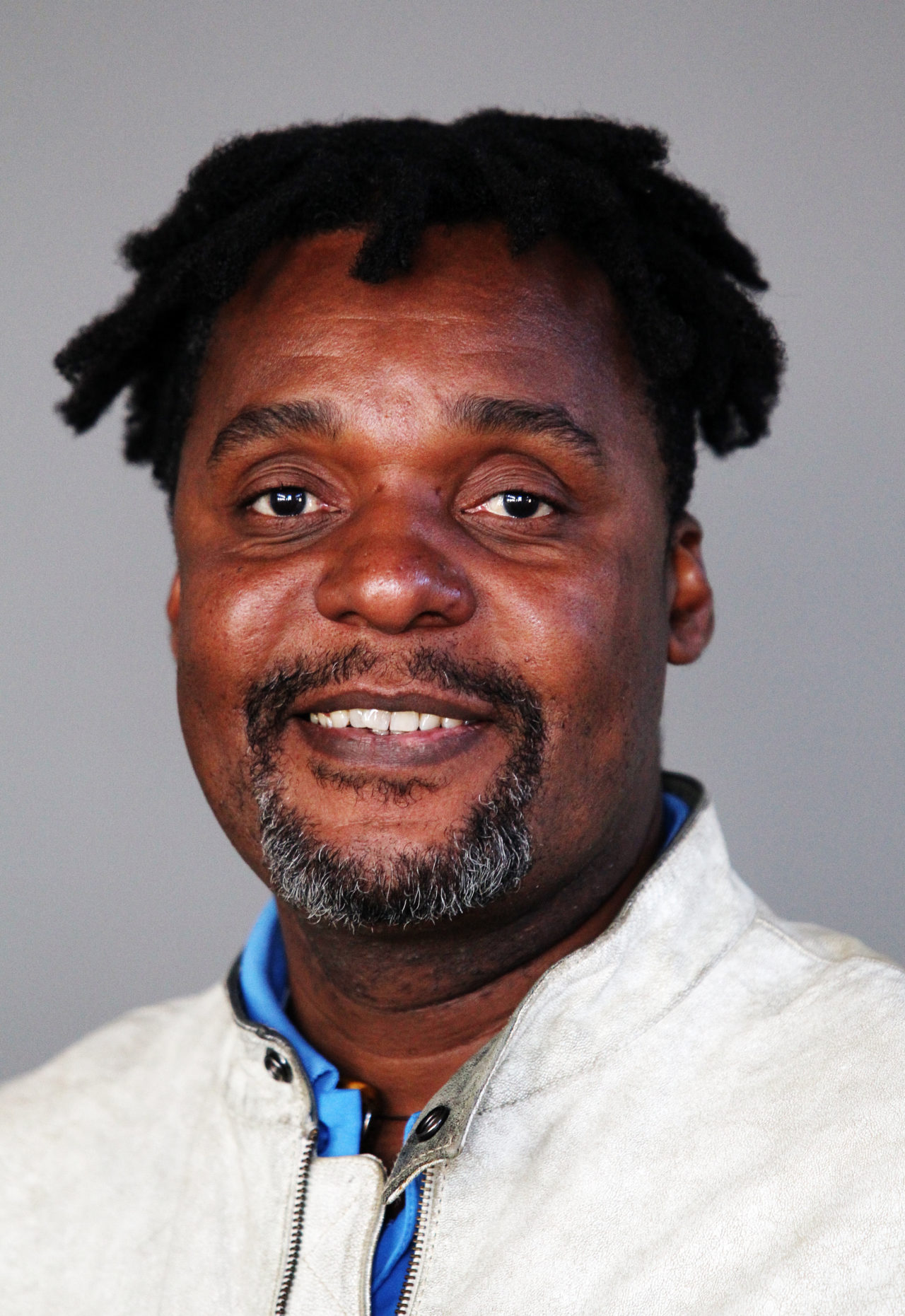 Me: I see you as a renaissance man. I mean, you do everything.

Him: (In his hoarse voice,he bursts into laughter nearly falling off his chair)

He is Abdul Milazi. A former reporter and editor, now an avid full time painter and an eccentric life coach.

I’m at his Randburg home to sit with the man. He is quite an extraordinary individual in that he was at the helm of South Africa’s biggest tabloid print publication, the Sunday World when its sales rocketed from 138 000 copies a week to 200 000 in less than two years. While his artistic inclination is second to none- he published a book of his poetry collection in 2015 and creates music on a daily at his home and performs around Joburg regularly-and does this without inner conflict, looking at the hats he wears.

“…that’s the beauty of African languages, they are richer than Western languages. The only other languages I’ve come across that are as rich, are Arabic, Latin American languages…abo English and what what are too shallow.”

He fell in-love with art at a young age, like any other kid beginning with simple drawings. But growing up, he’s struggled with what the Western world defined as art. The West’s insistence on not giving credit to African Cultural artists when they do work steeped in African traditions, on things such as ukhamba.

“Most of the time, they are never recognized by the West. They’ll say ‘it’s clay pot or whatever’ but when they do pottery, they call it art…it’s the same thing. How is it, that one is not [art] and this one is. That’s a struggle I’ve had all my life,” says Milazi.

“It kinda worries me, when people are left behind when I move because when I move, I want us to move together so we can celebrate together…”

When he was 16 years-old, he use to visit his English teacher who was also painter. She introduced him to painting and the young Milazi used to hound her with questions about this hypocritical stance that the West has on African art. “[Black] people use to draw on rocks, using simplistic drawings to tell stories…art is an expression, it doesn’t matter what medium. It’s an expression. Why do people isolate other expressions?”

He says we’ll only witness true expression once artists stop excluding certain people from expressing themselves. “Even the ladies who do amacansi or ama duvet…how do you then isolate that, and say ‘no, that is not art’”

His paintings are laden all over his abode. I was welcomed by a gripping landscape painting he did of Joburg City as I walked into the house. The paintings are simple but all have a different feel to it-there’s work I would buy but also work that my mother would also gravitate towards.

The paintings have been a mainstay at the Zoo Lake’s Art At The Zoo, since he first started exhibiting work last November. “The same white people who’ve been buying there, say [to me] ‘you’ve brought something different…it’s modern and not this old arty farty work’”

He admits that he also started out painting in that dull style- landscapes, portraits, etc. “Until I got bored because all I’m doing is photocopying and there are photocopying machines, right? So if I want a landscape, I can bring a camera and shoot it. Mina I want to paint emotions uyabo, make people happy. If you see all of them [my paintings] you won’t find morbid ones. When you get my painting, and you put it up your wall, it should make you happy when you enter your home. I wana do pieces that will make people’s home feel home-it’s your escape from all the crap outside.”

Milazi’s work-be it the painting, music, poetry, or his life coaching- is primarily inspired by people and their stories. “Some stories make me wana cry. But I don’t wana paint sadness, I wana take the positives. If you tell me your family is not treating you right, but tell me you’re still carrying on…Mina I take the still carrying on part, not the cutting down. I capture your strength. It’ll emphasize your resilience.”

He’s had an illustrious career as a journalist, but fell into it by default. “I asked my English teacher, where will I do the most writing, she said Journalism-I said that’s where I’ll go. But I never romanticised journalism-but I ended up in it. I just wanted to write books. But I wanted to write books as early as 10 years-old.”

At that young age, he was an ardent reader of comics. From there, he grew into reading novels, going to book exchange shops, where he would get a load of books by trading with the store the stuff he’d already read.

His first gig as a journalist came right after he completed his matric, at the South Coast Herald in January 1987. “Because I was black, they thought I was applying to be a messenger. And I told them that no, I want to be a reporter- I think the editor was amused because I had been writing for school magazines and newspapers,” says Milazi. He adds that, those publications in the schools he went to were brainchildren of his.

Currently, he writes a column for Ilanga Newspaper. “I’m actually having loads of fun. It’s forcing me to go back and reacquaint myself with the language [isiZulu]. After writing three columns, I was laughing to myself ngoba ngathi ng’se high school futhi. It’s beautiful…that’s the beauty of African languages, they are richer than Western languages. The only other languages I’ve come across that are as rich, are Arabic, Latin American languages…abo English and what what are too shallow.”

His career has seen him in newsrooms such as the Financial Mail, Business Day, The Star, The Sunday Times and The Times.

He is one of those confident individuals who aren’t shy to tell you about their achievements, but without making you inferior. While sharing his success stories which include horrid times, he will, in a slick way make sure you also benefit from it, in whatever manner.

“I’ve helped colleagues I started out with, to keep focus…without knowing it was life coaching. Ku mina, I still love to see all of us succeeding. It kinda worries me, when people are left behind when I move because when I move, I want us to move together so we can celebrate together-if it’s only me moving, it poses a question to me ‘Am I a good friend’ ,” he calmly utters the rhetorical question.

He began his life coaching studies while at the Witness Newspaper in 2012 and got his certificate in 2013.  “As a life coach, I help you. I don’t decide things for you. I give you clarity on things you want and together we work towards achieving those things. But every decision will be made by you, not by me.”

Necessity is the mother of invention and it because of the necessity of a good guitarist when performing his poetry, that he ended up teaching himself to play. “Most session musicians are drug addicts and are unreliable- they would dump me on the day of the fucken show. So I said to myself, ‘let me learn how to play one instrument’. I bought an acoustic guitar, bought a book and taught myself how to play. ”

A month after purchasing the book, he composed his first track with three chords. “Now, I’ve taught people how to play…”

His music is all over Soundcloud now and he’s worked with a number of young artists. Before I left his home, Milazi jammed some of his tracks on his guitar that he named Maruapula. The music serenaded the bottle of whisky we had that afternoon so smoothly.