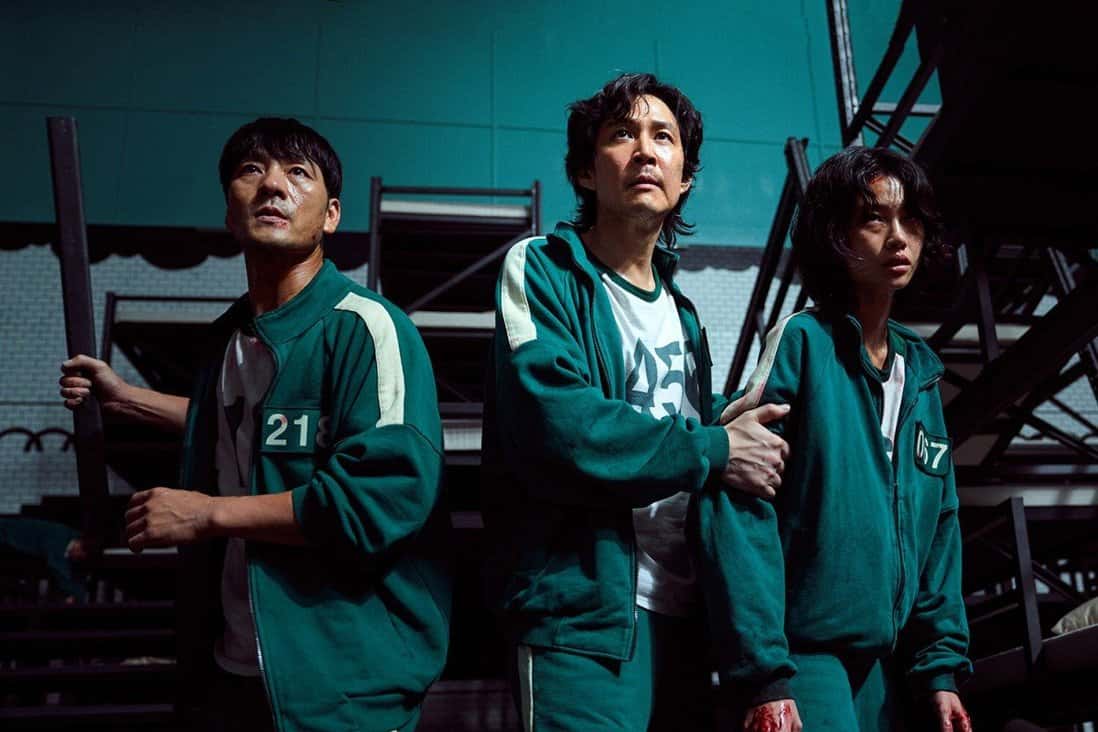 The first thing which comes to mind when I think of South Korean Netflix hit-show Squid Game is “money is the root of all evil”. I have to admit I am a little bit late with my review and my excuse is that I have been writing so I couldn’t find the perfect time to watch stuff. But now that I have finally checked it out, here’s what I have to say.

Before I watched the series I asked a colleague who’s a photographer, for his opinion and he said the language was a turnoff for him. When I heard that, I kinda lost enthusiasm because inasmuch as I’m a bookworm, I don’t like going through subtitles. There I was on a Tuesday evening feeling cozy with a fawn-coloured throw over my lap and a cup of coffee stationed in my chair. The first intriguing thing I picked up was the hook and sound track of the game and also the white and green tracksuits which in my opinion look cool.

In turns out my colleague was wrong after all about the language being a turn off, well at least for me because I thought it brought out a particular mysticism which coincided well with the tension of not knowing what to expect from the games. Honestly I never anticipated the malevolence that followed but in my opinion the writer is a genius because he cleverly used a contradiction of two things far apart. He took an innocent and purity such as a children’s game and linked it to evil desire. In doing so there’s balance and the theme doesn’t seem like a horror.

The core assertion of the series is based on the idea that cash rules the world and this statement is supported by how the characters were willing to risk their lives by playing the game of life and death. In the outside world characters’ predicament is debt and a desire for riches and comfort and that’s what lures them to the dark game.

I also like how the protagonist is not your typical hero who writers generally attribute good qualities. This guy is an idiot and a bum who stays with his old mother and has no job and always gets himself into trouble. His baby mama broke up with him and got married to a successful guy and took their daughter with. But the hero is still appealing because of his funny and goofy personality which makes him relatable and that works well in contradiction with the antagonist who is vile and cruel and would do anything to get his way.

One of the most important characters is the wise old man (in film theory the wise old man is the idea that every hero needs to have some kind of divine guardian and guidance which doesn’t necessarily have to be a human, it could be God, the inner voice or a late parent) who is the adviser to the hero. The old wise man is the voice of reason which makes up for the hero’s shortcomings and channels him to his journey. Perhaps the bravest and most heroic thing the hero did besides playing the game of life and death is fighting for his daughter and risking his life to save his old mother.

What kept me captivated to the story is the games; the suspense is nail biting and the tension makes you want to see what’s going to happen next, which is wicked if you ask me because it’s a matter of life and death. And that’s why I say it doesn’t get any eviler than that because the games make you numb to violence and brutality because it’s just a game. The chronological incidents and flow of story is cool; It’s like an arcade-game with stages and as you advance the more difficult and interesting it becomes. One could say each episode is a climax from the previous one. I thoroughly enjoyed it.