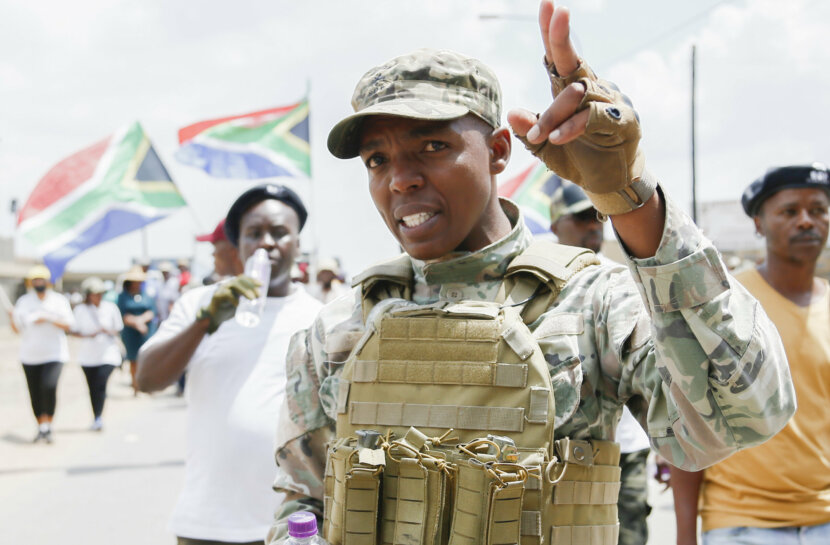 This Operation Dudula business is to our demise as Africans and if we’re not careful, wars will be created amongst ourselves that’s if we’re not already at war. Africans must unite and stop being cowards, the real enemy is the oppressor.

Nhlanhla Lux ideas and assertions about the deportation of undocumented foreign nationals as some sort of a remedy to combat issues such as crime, high unemployment and other burning matters, is misdirected effort however well-intentioned.

To begin with, when people speak of undocumented foreign nationals, we all know they’re actually referring to other Africans who are living in South Africa. The self-hate amongst Africans is sickening, behind closed doors people still refer to these Africans as “makwerekwere;” which is indicative of how we as Africans we view ourselves. African people dare say the European must go back to his continent, but it’s morally permissible to stone an African to death just because he doesn’t have a piece of paper to validate his existence as a human, forgetting what the European did. The fact is, as people of Ntu (Ntu is the Supreme African God, hence we call ourselves Abantu), we find ourselves at rock bottom because of the oppressor but we keep looking elsewhere.

Operation Dudula’s chief principle is that if we deport all the undocumented foreign nationals, then black South Africans will have jobs and crime rates will drop. This is pure gibberish, the reason black South Africans don’t have jobs is because the oppressor killed our ancestors and stole our land and its resources. Our job as Africans is to work the land and nurture it so that it nurtures us in return. I am not even gonna talk about the corrupt black elite who benefits from greedy corporates and capitalism and is a loyal servant of a monstrous system that keeps raping Africa and its children. These scumbags have given the oppressor amnesty for his sins in return for riches. The European has never paid for his sins and he’s not even apologetic, he walks as a free man because he knows he runs the machine.

Another matter that people like to reference when they’re trying to run away from the fact that they hate other Africans, is the issue of crime. I personally didn’t know that crime has a nationality, it appears that when an African from Zimbabwe or Nigeria or wherever in the vicinity of Africa commits a crime, there’s emphasis and the crime is not treated as other crimes that might have been committed by others despite nationality. All criminals should be treated the same and the law must punish the perpetrators accordingly. And we should never forget that the biggest thieves and criminals are the ones who killed our ancestors and did all the other atrocities one could think of.

Isn’t it ironic that when it comes to issues such as that of the Khoi and San people who are still not acknowledged nor recognised as people of this country there’s no militancy; it seems as if we suffer from selective activism. Even when you fill forms there’s no Khoi and San box to tick, this is a clear indication that the government doesn’t care nor recognise the Khoi and San people, and mind you, we’re talking about the aboriginal people of this land we call Mzansi Afrika. Not even their dialect is recognised in the eleven official languages, but surely, you can’t miss English and Afrikaans, it’s even written in bold.

As people of South Africa we have been fooled numerous times by our leaders. The youth mustn’t be myopic when seeking new candidacy to fill in the position of a black messiah. To me, Operation Dudula is a quasi-colonial psychosis system and mass self-hypnosis. This is reanimation of the Pass Laws, the oppressor has taught us to afflict ourselves on his behalf. It’s like the Isotope phenomenon, you can’t use the same elements and or instruments to remedy a system that benefits from disunity and expect different results. We should always remember that, divide and conquer is ruthless tact but a genius plan.

Another important factor to note is that whenever there’s politically ideological mass movements-vigilantism and mob justice are always accompanied by violence and war. It’s belligerent. So even if the intention is pure or sincere things tend to go astray because you’re dealing with individuals and many personalities. The great Ngugi Wathiong’o said it better: “you can’t make an omelette without breaking eggs”.

Tomy brother Nhlanhla Lux, your industrious energy, leadership skills and militant approach is remarkable and much needed to help bring the revolution but I don’t agree with you on this one.