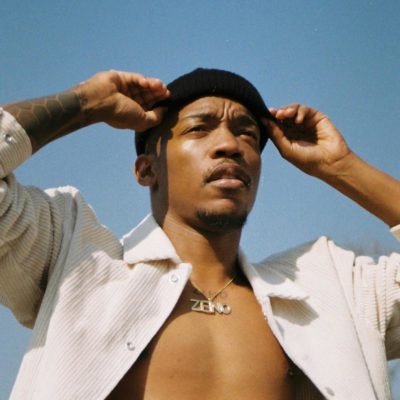 Dance music’s purity of purpose is something to be admired. There is no confusion about its reason for being, no ostentation. It exist to get bodies rhythmically moving to its high tempo and hypnotic groove as it mesmerizes the psyche into ecstasy and synchronizes  our heart beats to its energetic bop. Which feels like freedom to the soul.

Muzi’s music also feels like freedom. Freedom from the negativity that clouds one’s perspective of the future, living in the Southern tip of Africa in the early 21st century. My first encounter with this urban Zulu’s music was after he electrified the crowd at the South African leg of the culture-vulturing Afro Punk festival in the new year of 2019 in Joburg.

I promptly went through his second album AFROViSiON after that related experience and then the album became a mainstay in my playlist to life.

AFROViSiON was implicitly an album about his struggles, laced with dance grooves which primarily employed catchy percussive progressions on attention grabbing synthetic chords and pads. What made the project unique was Muzi’s vocal texture, content and Zulufied model C cadence, which appealed to both the snotnose-Braamfontien arty coconut and the dusty Carvela-wearing mahlalela in Tembisa.

Crossover appeal is highly valued in the music industry, but usually limited to racial lines. In my not-so humble opinion, music that crosses over economic class is of a higher value, which is what Muzi’s music does so beautifully.

In his third offering, titled Zeno, Muzi maintains his masterful skills as a dance producer but in his lyrics one gets the distinct impression that the struggle is over.

In the Amapiano influenced pseudo love song Sondela, he drops a braggadocios mack on a shorty, making it clear that he is not intimidated by her social status or looks

They tell me you are the shit girl!

I don’t give a fuck, come closer so we can get together.

Vans all day, I bet you know that.

I’m gonna be big, I bet you know that…

I Love how this dude exudes confidence through his music without coming across as arrogant or fake-humble. On Ngeke with Zithulele of BCUC, he attempts an acapella Zulu folk song, where urban ninjas are warned to rather step into the fighting circle to prove themselves as men. Instead of prancing around like peacocks thinking that they are better than the rest of the homies in a rural homestead, because that kind of behaviour could possibly lead to their families having to dress in black attire for a year mourning the death of their beloved son. That joint fills me up with a nostalgic yearning for my initiation ceremony where bitchass niggerisms were not tolerated, and heavy doses of toxic masculinity were indoctrinated into the impressionable minds of young men.

My favourite cut in the project has to be the more sombre Sunshine in which he relates his feelings about some sort of traumatic event that occurred in his life.

…Hoping all my blessing don’t go away,

I’m hoping the sun shines on me…

They didn’t take my life,

Pushing away those I love,

I strongly suspect that the ninja was a victim of crime as it is so often the case in South Africa. The feelings that arise from such an event are undoubtedly serious and persistent but what does not kill you should only make you stronger. Life in the concrete jungle follows the same as of nature. Only the strong survive.

In Untitled 45 and Nguni Landing any misgivings about Muzi’s ability to produce house music in the purest form without vocals, but just ‘head-banging-while-your-tongue-is sticking-out’ beats on dope melodies. In the easily accessible Mncane he features Samthing Soweto with no vocal input from Muzi. I feel if he can get the video out for this joint it will raise the album’s buzz to new levels.

This is an excellent album, listen to it if you consider yourself a music lover, if not. Then why bother reading this shit anyway?