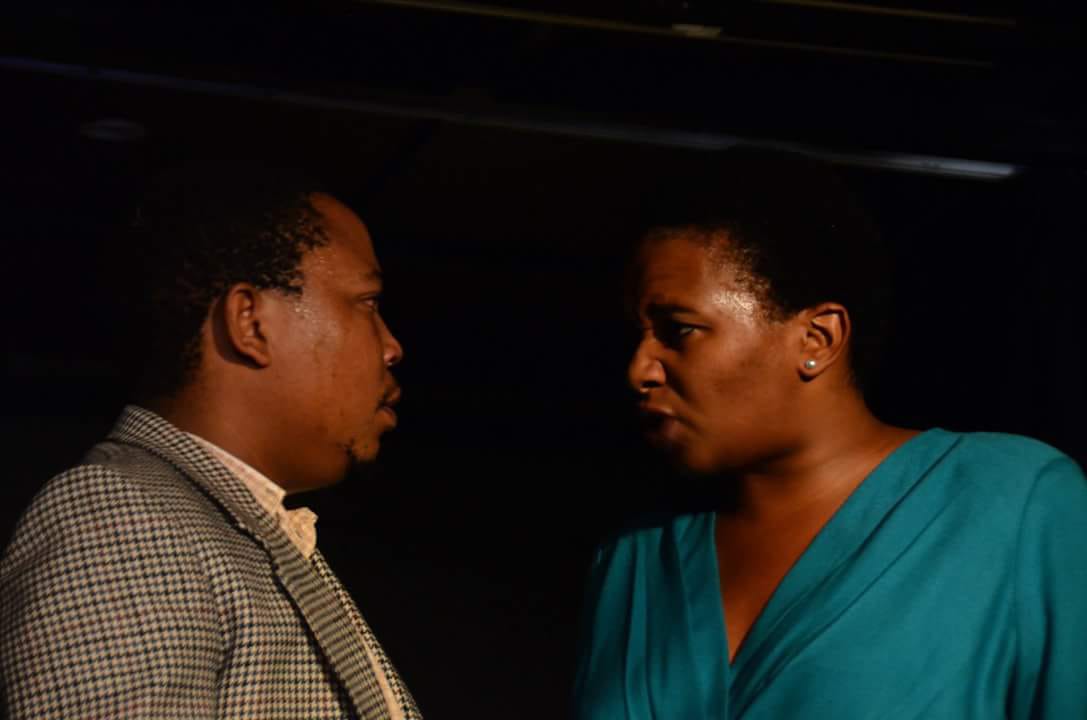 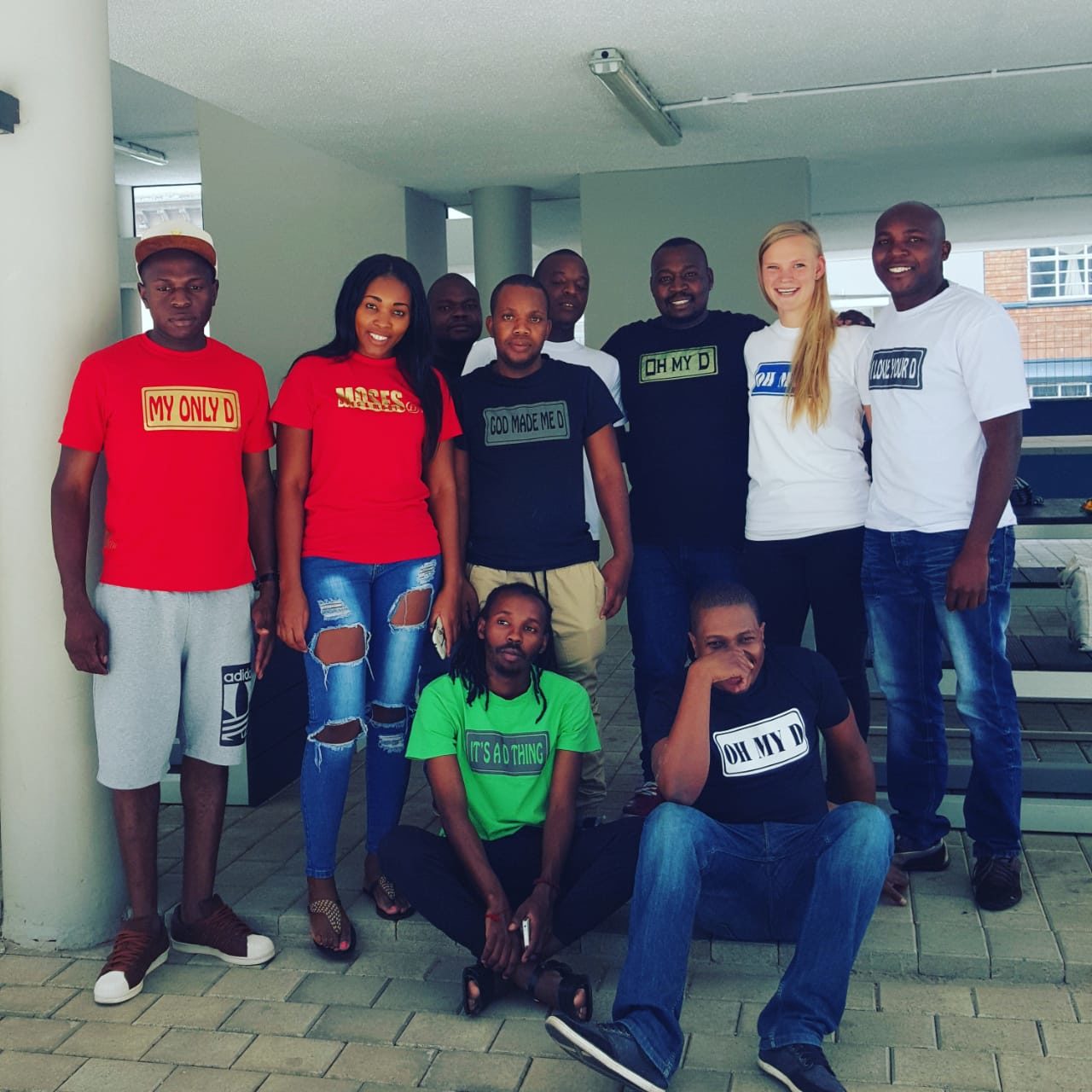 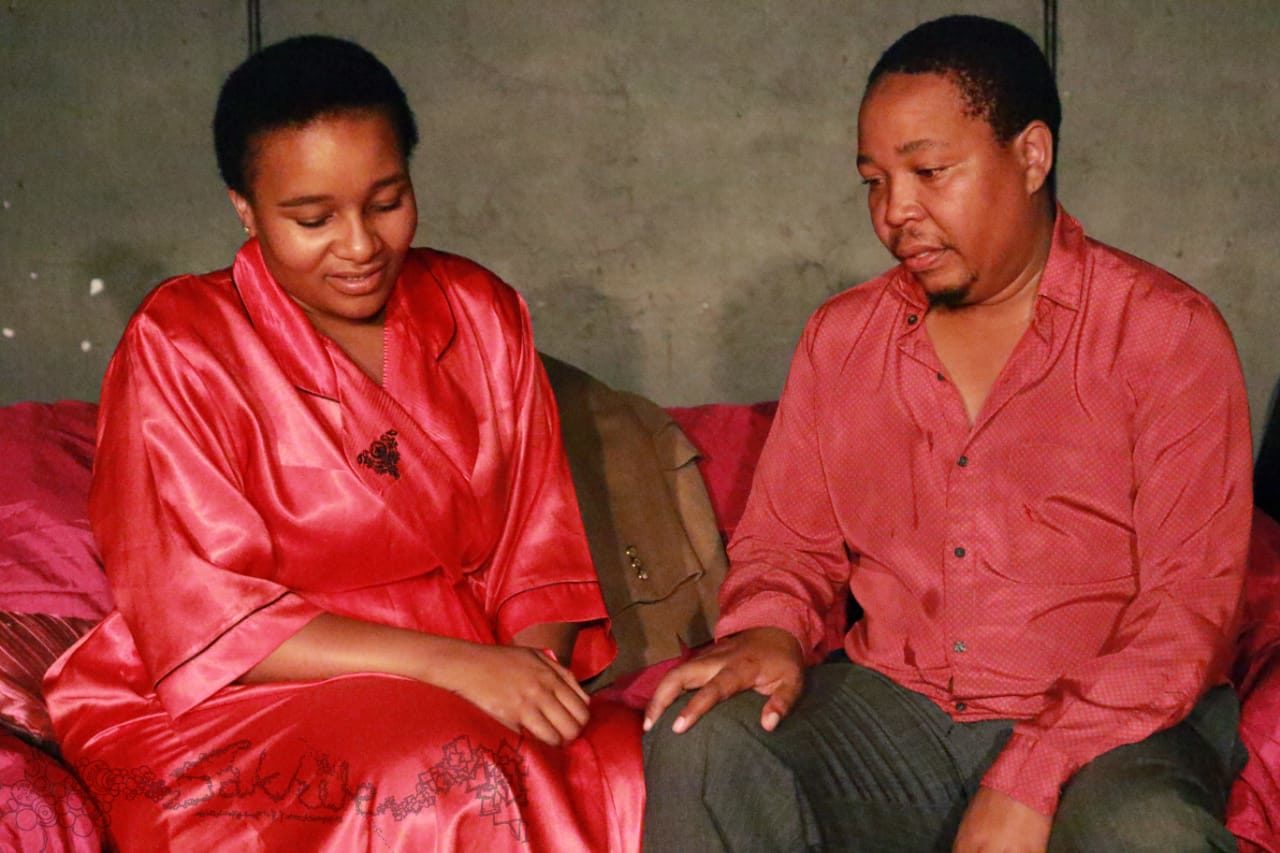 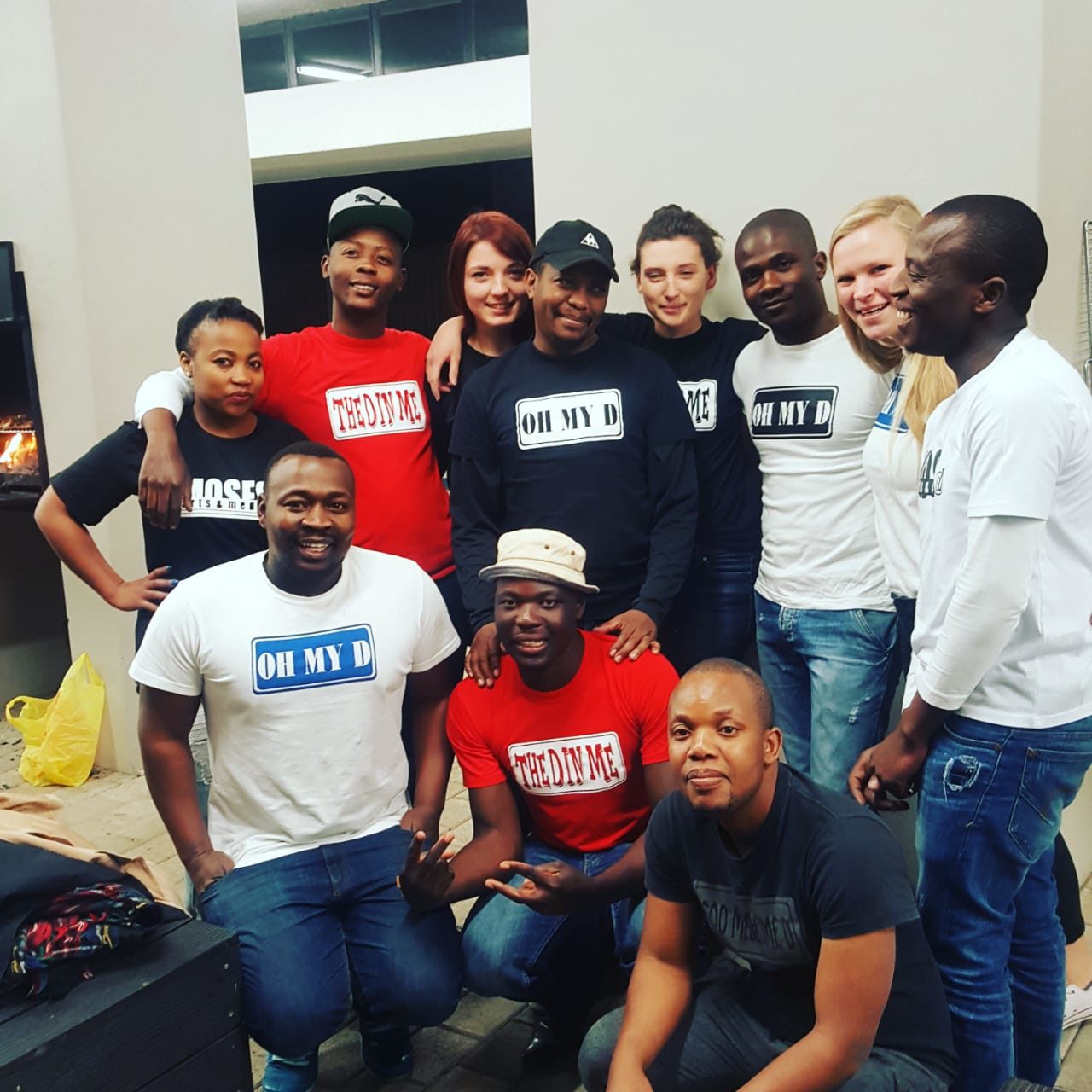 Like Rizla bought at a Somalian spaza shop, theatre doesn’t stick to the minds of the greater South African public. Good productions are always on show, it’s the masses who aren’t coming into watch these plays. But the work of Moses Rasekele D remedies this situation in the way he packages his productions.

It is the coldest day yet, of this winter season, on a Tuesday afternoon and I’m sitting with Rasekele in the cosy second floor lounge at the Joburg Theatre in Braamfontein.  So snug are we, our coats off and bennies too. I’m only realising as I write this that a cup of coffee wouldn’t have ruined this occasion.

Spaces such as this one can be intimidating for some people with all the carpeted floors and important-looking individuals walking around downstairs and just the whole theatre as an institution. This, Rasekele say, is one of the reasons why some people don’t walk-into theatres because they think it’s for a certain type of person.  “Everyone is focusing on a particular market of theatre, which is limited. But there are a lot of people who wanna come into this space are intimidated. Even here where we’re sitting you might find that there’s someone who has been passing here who works in Braamfontein for more than 10 years now but they’ve never even attempted to come in, because this building has that repelling factor I guess.”

Having grown up in Limpopo with no theatre infrastructure around, Rasekele says theatre took place in communities or any space which they could convert to perform in. “That’s where my love for taking theatre to the community arises from,” he says.  Whilst in high school, on weekends he would attend the School of drama by Paul Rapetsoa in the area. At home he also dabbled in corporate and industrial theatre working with government, Eskom specifically, in the community producing and directing some of the work. 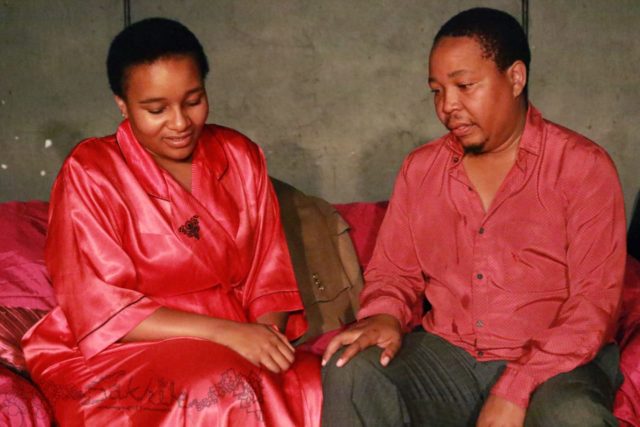 Arriving in Johannesburg in 2007 Rasekele enrolled at Wits University for a four year Degree in Dramatic Arts then post-grad in Arts Culture and Heritage Management in block releases -focusing on producing, marketing and sponsorship. “…And then I did a post-grad in Applied Theatre, which is more about community intervention, addressing issues and using theatre as a tool for communication and education.”

Whilst a Wits student he was frustrated by the paucity of fellow students at plays; so he took it to the people. “I had a show but within the residence. We performed on staircases, the kitchen and then to the corridor. To close the play off, we had monologues on the seventh floor in about five rooms where people could go in. Those people have always asked ‘what’s next?’ I tell them I’ve got a play but it’s at a theatre and they would come…”

The inflections in his voice when speaking about community work are a dead giveaway of how much he relishes interacting with people through his work. Working with a company called Themba Interactive in 2011, Rasekele was ever present at schools and prisons. “The work I did in prison I loved the most because I never imagined myself working there. But because of drama, I’ve had the chance to work at Sun City prison, Leeuwkop and a couple of other prisons. It was a good and humbling experience that I enjoyed. I have to find time and ways to do it again.” 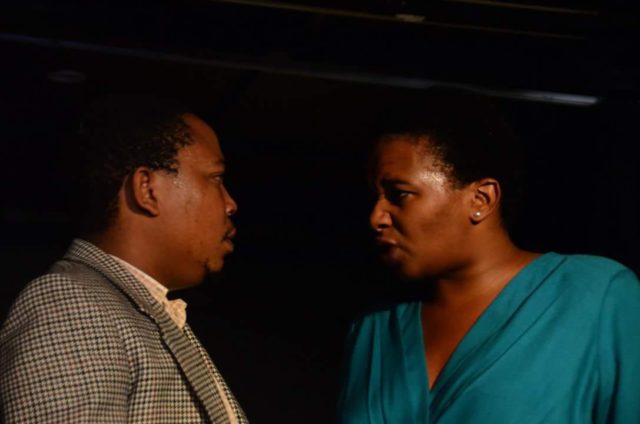 What Rasekeles does today is a culmination of all that he’s studied. Through his company Moses D Arts & Media, he has undertook the D Activation project which has a particular focus on the arts and entertainment, specialising in hosting workshops for drama, play productions, marketing and activations. “I’ve always been interested in getting first time theatre goers and keeping them. Even this past Saturday, those who can for the first time were excited saying ‘please! Please! Invite us again’ and whenever that happens, I know I’m onto something” he tells me.  He collects data base and whenever he has a show and he talks to his audience directly.

“Believe me, people love theatre. They don’t know how to access it and there’s no one going to them.” 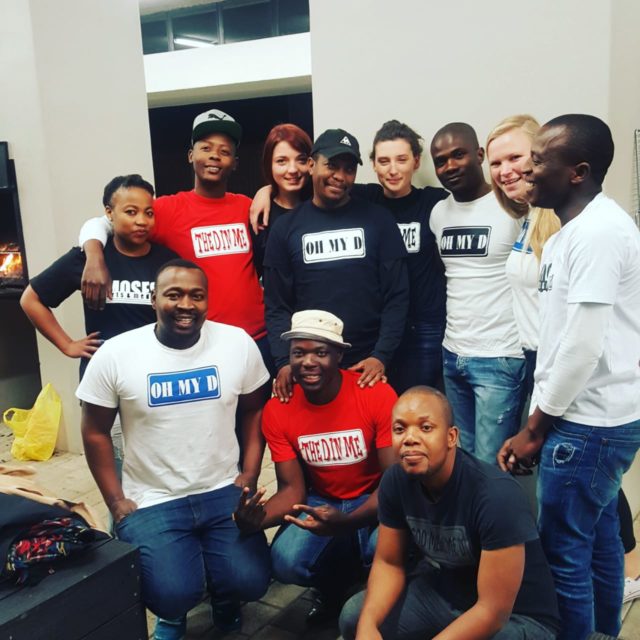 “There are a lot of people we starve [of theatre] because we want to invite colleagues and other people in the art industry. Even if you look at Facebook for instance, there are art groups where it’s mainly artists and people advertise among themselves to themselves and not to the public. So I try stay away from that and create my own audience.”

He credits this thinking to his time working with Eskom doing industrial theatre where they would sometimes perform at packed stadiums, gripping the attention of the masses through acting. “It taught me that theatre is not about the infrastructure but it is about the people. Once you know that it’s not about the space but the people, you are able to perform anywhere.”

The first edition of The D Activation was last year which was a collaborative partnership between Moses D Arts & Media and Hillbrow Theatre (Outreach Foundation), where Hillbrow Theatre hosted the event. The activation served as a tool to break negative perceptions about downtown Johannesburg, which is often perceived as derelict. “Believe me, people love theatre. They don’t know how to access it and there’s no one going to them.”

The last activation was at the Joburg theatre earlier this month. The project has produced several works in South Africa, Botswana, Mozambique and Zimbabwe. It has also partnered with Royal Art House in the annual project of taking drama and visual workshops to schools in Limpopo, through the Creative Community Platform. In its third year, the project saw the two companies hosting drama and visual arts workshops and donating books

Rasekele’s marketing is Nyovestesque in how he knows how to use gimmicks around his brand but doesn’t look foolish doing it. His D brand, which started out after a friend asked for a t-shirt he had on that he printed the D on for himself, has now taken a life of its own. The D is now on bennies, caps, T-shirts and cups. “I’m trying to create some sort of D Nation because whenever someone buys a T-shirt they ask me to take a photo and post it.” 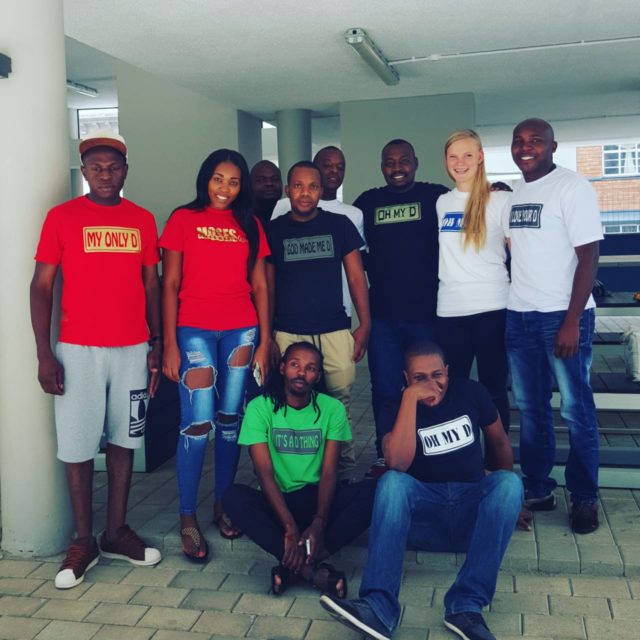 People want to belong and Rasekele is very aware of this and branding around his company gives people that sense.

“There’s a choir in Limpopo that ordered T-shirts that read listen to the D in us- which I don’t know what it means.”

The D is his middle name that he never uses, but because of the connotations to this simple fourth alphabet, has triggered something big.

“People don’t know what the D means and that creates a lot of misty.”