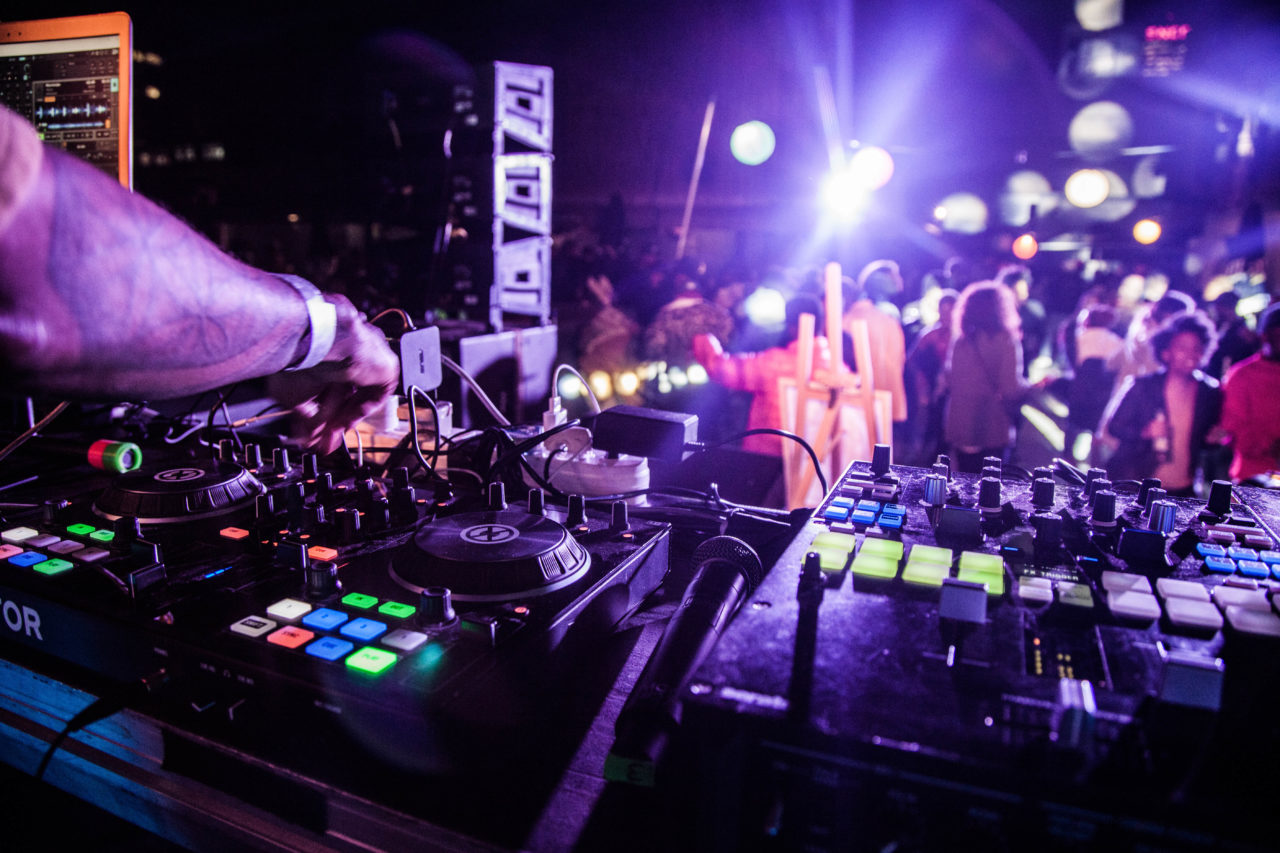 What simply began as a place where DJs could dictate the playlist, without the meddling of club owners, Kool Out has become a fully functioning movement and a tastemaker in its ten years of existence, without losing its essence.

Thing about tastemakers is that wherever they find themselves, they inevitably build a legion of followers because everything they do sticks like wax on a hairy back. Koolin In The City Concept Parties epitomise that in how they’ve changed the status quo of the spaces they’ve occupied. Speaking to Kool Out Creative Director DJ Akio Kawahito about their decade celebration, one grows a sense of awe for their organisational skills and the consistency they’ve upheld in nearly 400 shows.

“We were the biggest and most influential Hip Hop collective in the city, but we were still struggling to pay rent…”

In 2008, Hip Hop in Cape Town wasn’t blazing the trail as it had in the past, contributing to the paucity of an abode for the Hip Hop community in the city. “I remember going on Long Street and there wasn’t a single spot that really catered to the Hip Hop market,” says Akio. Eventually they managed to get a place to host their weekly Hip Hop events at a club, The Waiting Room. But because Hip Hop had no place at the so called white venue, they were offered the odd Wednesday nights. “This is crazy to think, because in 2018, The Waiting Room has become one of the most diverse venues in Cape Town and is synonymous with Hip Hop.”

Within six months, the club’s Wednesday night numbers were better than their weekend’s numbers.

The original Kool Out clique comprised of host MPRVS from LA while Falko, Just Be and Akio himself were the DJs. “MPRVS moved back to LA, Falko left to start another event called Classics and Just Be was basically bounced from the crew. A local rapper name Mingus took over hosting duties and Raiko became the second DJ.”

“Back in 2011, Braamfontein was nothing…Now that area is synonymous with Hip Hop and young black culture”

After three years, Kool Out had reached the ceiling in Cape Town with their parties. “We were the biggest and most influential Hip Hop collective in the city, but we were still struggling to pay rent. At this point, we had starting doing some international shows in Durban and Johannesburg so we were experiencing the other markets,” Akio says.

More than that, Akio says a rude awakening from a brand rep they were trying to build a business relationship with, triggered the move from eKapa. “He told me straight up, that Kool Out was a black party and the purchasing power of that demographic was low and not a target of the brand. He said if we did the exact same numbers and our crowd was coloured or white, we’d be killing it. If we wanted to truly make an impact and grow, we needed to move to Joburg.”

They found space at Kitcheners when they got to Joburg in 2011, but now this was before Braamfontein became a haven of the cool kids and their woke selves. And like they did in Cape Town, they created a pathway in the wilderness that the city was, at the time.

“A lot of people were territorial and didn’t want to support a party from Cape Town. One of the ways we broke into the scene was by putting Kitcheners on the map. Back in 2011, Braamfontein was nothing. There was literally one venue and one street light.”

“We again did an extensive venue search and decided on Kitcheners because it fit our requirements and more importantly, there wasn’t a single Hip Hop promoter doing events there. The owner was very much against Hip Hop, but eventually the parties kept getting bigger and bigger and other promoters within the genre starting copying us. Now that area is synonymous with Hip Hop and young black culture,” says Akio.

He says what makes them unique from other parties is their aspect of musicality. “We place DJs and their styles in specific time slots that match the vibe of the event. For example, on our rooftop, if you come early you won’t hear the DJ playing trap bangers at 4pm. We’ll have someone playing beats and chilled vibes progressing as the day turns into night. You’ll almost never hear the same song twice at a Kool Out.”

“I also think in terms of venues, we always choose a place that is an experience. We almost never use the same spot that is associated with another party.”

Kool Out is a Hip Hop party, but Akio appreciates other genres of music thus he created the Alchemy Festival avoiding to confuse the ardent Hip Hop heads who religiously attend the Koolin In The City Concept Parties. Organizing such an event had always been a dream of his. The three-day festival celebrates Neo-Soul, Funk, and Jazz among other styles of music. “There wasn’t really anyone else creating an inclusive scene for beats, future soul, etc… so we decided to create our own platform.”

The first one took place last year where Tom Misch and Mick Jenkins performed. While Anderson. Paak performed at their Cape Town event last year too, which is their biggest attended show to date.

It’ll be exactly three years ago on Saturday, when 27 year-old patron Lawrence Ledimo from the Vaal, tragically died after falling from seven flights of stairs, at the Koolin In The City Concept Parties in Joburg. Reason was celebrating his birthday on the night, but immediately after the tragedy, the event was shut down and venue cleared within 40 minutes. “It definitely stopped the momentum we were gaining at the time, but we don’t even care about that.”

“It was more of a moment of reflection to see our roles in people’s lives and how for the time that someone is at our event, they are trusting us with their well-being. We want to be as loyal to our guests as they are to us.”

Three day festival Basha Uhuru takes place this weekend from Thursday and it’s also happening in Joburg. Akio says he wasn’t aware of Basha when they planned for this Friday’s celebrations at Good Luck Bar in, Newtown. “Their [music] event is Saturday so it doesn’t really affect us. Also, we feel that the industry is big enough now to cater to two big events on any given night. There isn’t anyone in the game that we feel we are in competition with.”

HERE ARE 10 INTERESTING FACTS ABOUT KOOL OUT:

1.      Kool Out has brought out more international hip hop artists to South Africa than any other promoter. (Mobb Deep, Talib Kweli, Blu and Exile, Ras Kass, Mick Jenkins, just to name a few)

2.      Kool Out was the first promoter to bring Hip Hop to The Waiting Room and Kitcheners

4.      Kool Out events continue to keep the DJ culture alive by having DJs that play on turntables.

5.      The Anderson .Paak show in Cape Town was their highest attended event.

7.      Outside of their own events, Kool Out consults for some of South Africa’s biggest corporate brands and music events.

9.      The Kool Out rooftop has hosted international artists such Skyzoo and Cappadonna (Wu-Tang)

10.  Koolin in the City rooftop event, happens the last Sunday of every month in downtown Johannesburg

previousKHWEZI’S REFLECTION OF OUR SHAME, THROUGH THE EYES OF NAPO

nextBOOM SHAKA: A GROUP AHEAD OF ITS TIME