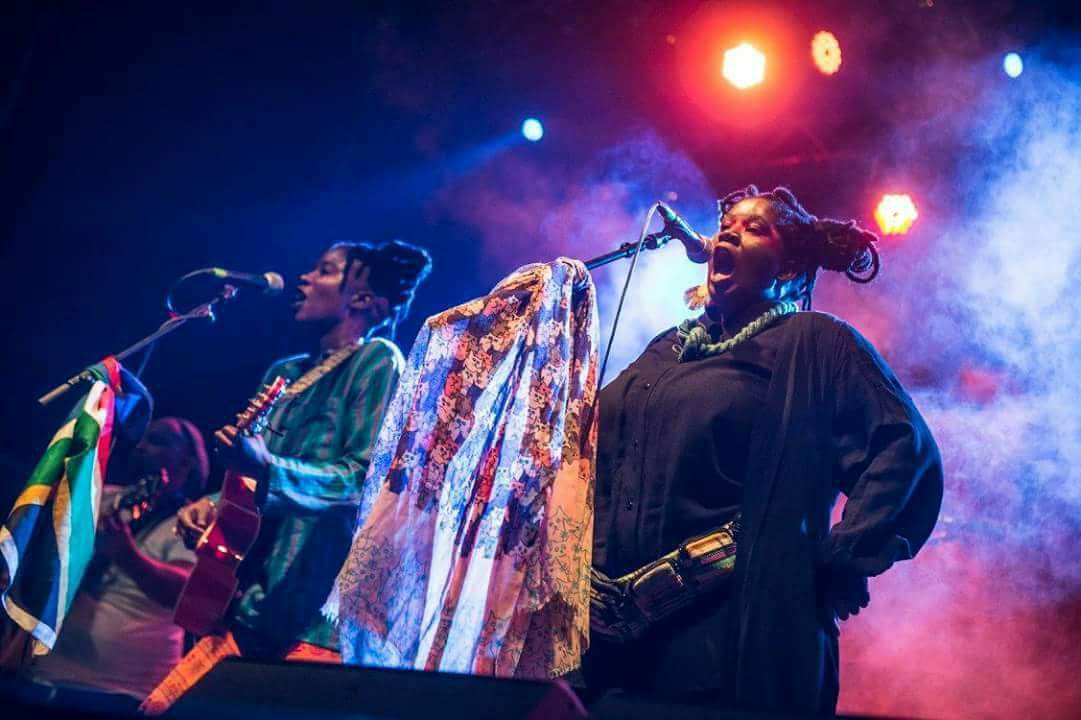 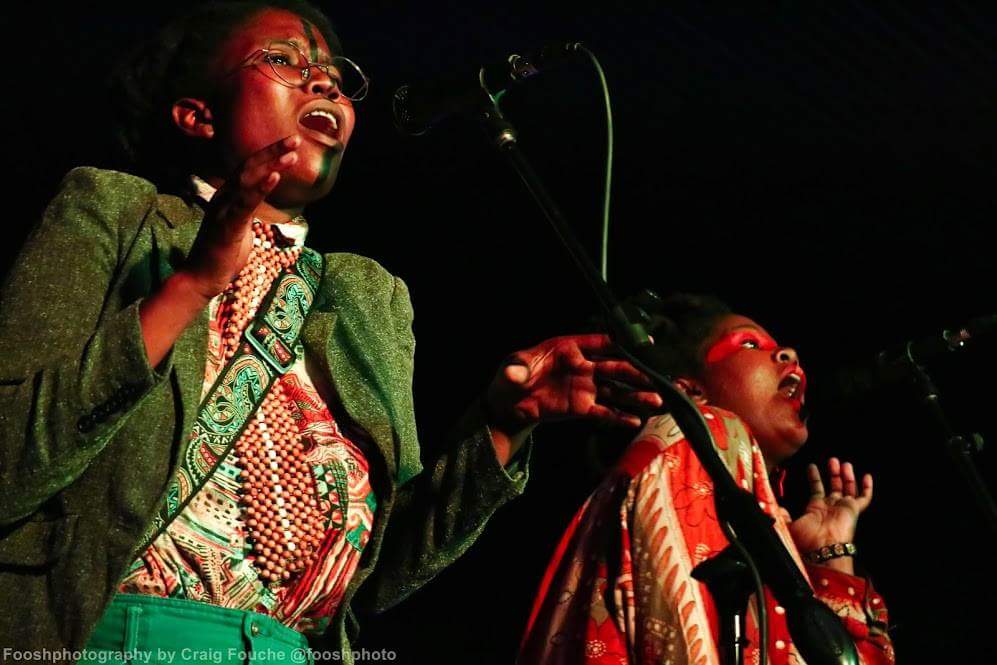 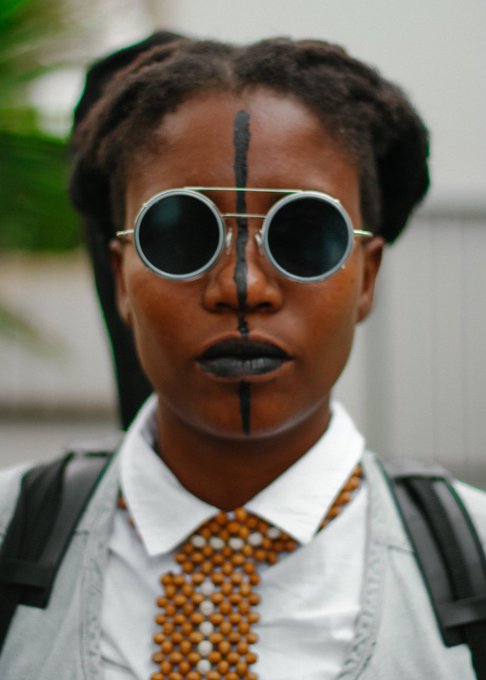 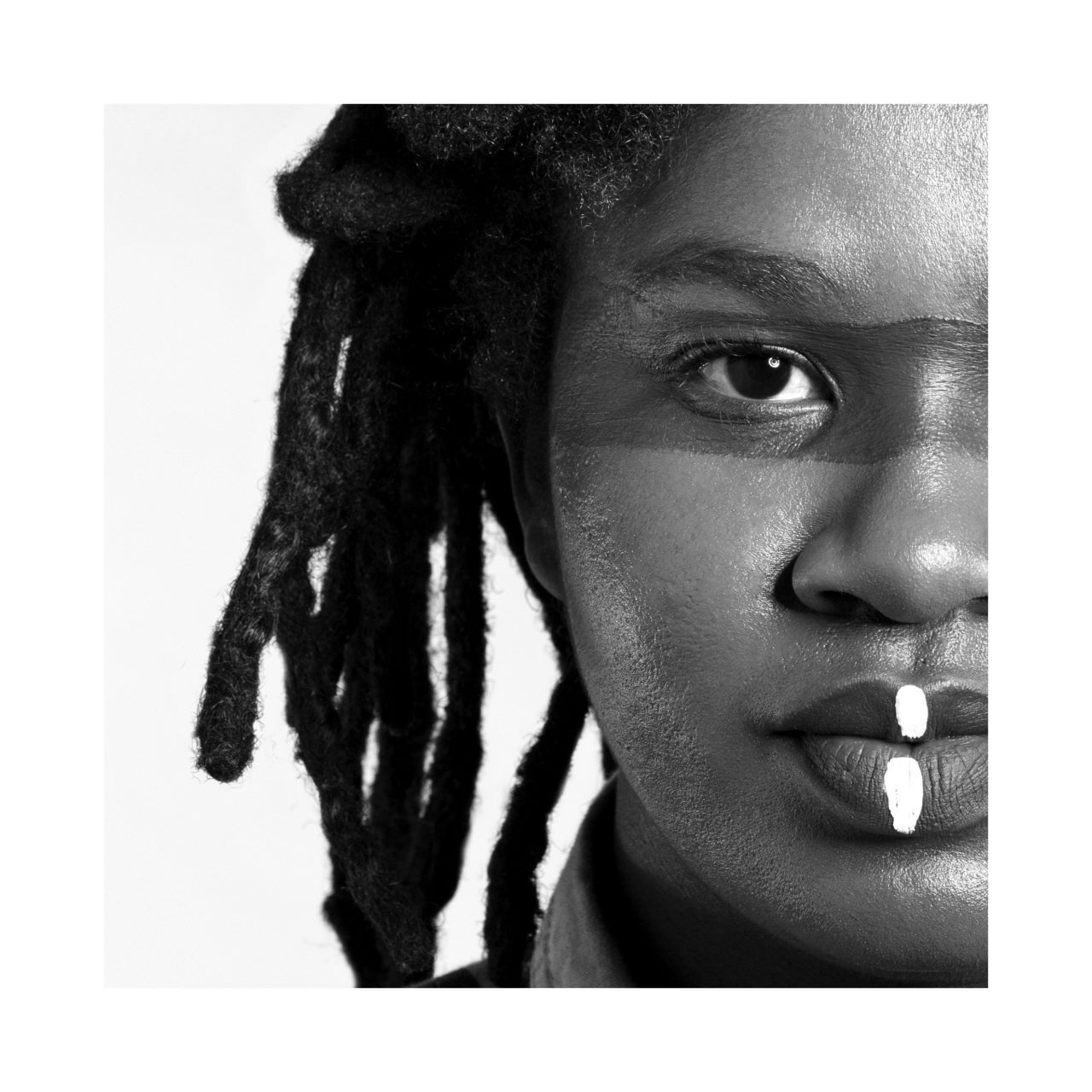 There are two means of refuge from the misery of life; music and cats, or so they say.  Not that I was in any sort of misery but this past Saturday I was in the midst of both, instead of the feline creatures, I was with the duo Ikati Esengxoweni.

Their name is derived from the colloquial term taking the cat out the bag.

“You never know what’s inside the bag right, so we are that cat that’s been hidden and that’s coming out. You never know what you gonna get from the actual performance, Ikati xa e peforma. It’s an experience,” says Anam Manyati. Lark Wantu adds “The other part of it, is that every cat has nine lives and every time we face adversity, we jump back up.”

We’re in Johannesburg, the sun’s setting but the atmosphere at the Fête de la Musique keeps rising with each act on the five stages at the Newtown precinct. A few feet from the Bassline stage where Linda Buthelezi’s G-Sand is performing, which Ikati performed on hours ago, I sit with the two women.

Both from the Eastern Cape, Manyati being from Port Elizabeth while Wantu is a 30 minute drive from her in Uitenhage, the band was formed in 2016 after the two returned from a trip in France and Spain where they were invited as individuals to perform. They were part of the Independent Music Exporters South Africa (IMEXSA), which went to Europe to also network and attend business conferences.

“We came back and thought, ‘let’s form a band’ because we’re from the same place and our sound isn’t that apart,” says 29 year-old Manyati.

They are different in the way they look and how they sound, but united in their purpose of doing what they do and respect for each other as individuals.

I’ve often found it a tad tricky interviewing groups because team dynamics dictate who will answer certain questions, but there’s no palpability of such with Ikati. The sisterhood and camaraderie is evident even in their profile, where they clearly state that they are equally talented black women.

“We just decided there’s no need to have competition between two females. Because that’s a big thing in this industry, there’s always competition. That equally comes in that, I’m gifted in my own thing, you’re gifted in your own thing but somehow let’s collaborate and make an even bigger and powerful unit, more than if we were apart and competing,” says 28 year-old Wantu.

They are in Joburg after returning from a trip to Barcelona a few days ago at the Primavera Pro 2018 festival.

“The reception in Barcelona was amazing. They moved with us…music is definitely universal. They didn’t understand us because we sing predominantly in isi Xhosa and some English- there they don’t understand both languages but they still felt us. They even gave us a thing that we’re one of the best bands at the festival,” Wantu tells me.

They organised events in P.E to raise funds for their trip, with the likes of Msaki, The Cottonfields, Xolani Faku and Umle among the performers at the events named the Ubuntu Bethu Series.

“They gave us a performance as a donation towards what we were doing. We didn’t spend anything on getting them there-it was just selfless,” Manyati says.

If MXO and Thandiswa Mazwai were to have twin daughters, Ikati Esengxoweni would be them and they would happily call Busi Mhlongo gogo. There is no denying the influence these artists have on Ikati’s music, more so the latter because Mhlongo was a woman conscious of the power she wields as an African female musician. “We write about our life experience, what we’re going through at the moment. Even the song writing process is very formal, we bounced off each other and we compose from the guitar. The specific sound of Ikati is life experience man. But people want to box us into world music/ alternative art- it’s us being a work of art.”

Their performances commence with incense burning on stage, standing with their feet bare.

“It’s a prayer. Our intro is called Impepho, there’s no lyrics to it, it’s just our vocals and us connecting with what we’re doing, the spirits and all the energies in that space. We feel that [the stage] is such a sacred space,” says Wantu.

To the ignorant eye, it might seem as though the painting of their faces is just for beautification but it is a nod to their Xhosa tradition.

“For us, it’s connecting to our Africaness as ama Xhosa. And if you can check, these are things that were done in the past and even now, traditional healers still paint themselves…so the painting is a spiritual thing for us,” says Manyati.

They pride themselves as live performers.

“There’s not a lot of people who can say they’re a live band…with recording I can get reverb, I can get autotune, and when you see someone live you like ‘what happened, you sound so good there but…’ So thina, as raw as we are I’d rather you hear me screech than acting like I’m perfect,” says Manyati.

Last month they announced that they are working on an EP, Amaqhalo neZaci.

“We’re sensitive about our sound,” Manyati calmly says. “It’s not like we haven’t been in studio, because we have. It’s just a matter of not being pleased with what we’ve actually done, so we’re working on actually getting what we want and then going to studio again with the right producer, a good live studio which we can’t get in P.E.”

They are still based in the Eastern Cape, although they’re contemplating a move to Johannesburg for work purposes because the music scene back home is pretty much non-existent hence they host their own shows.

They’re cautious of their next moves, because they are independent artists who don’t want to sell-out and lose their identity to the industry.

“We’re very much independent artists and right now we’re just checking out what deals we can get, not in terms of signing but the deals that will be perfect for us so we don’t change our sound and loose what we have- we want someone to work with what we have and get us to the next level,” says Wantu.

Ikati Esengxoweni aren’t the first artists of their ilk. The trajectory of such artists will see them blow everyone away, get a coupla articles in a Mail & Guardian and Sunday Times, tour overseas a few times and then fizzle out.

“It is a concern, just generally we’ve seen people before us and we don’t want to get into that trend. Hence we’re in the Eastern Cape, as much as we wanna move this side for work and go back because that’s where everything was actually made, so we’ll always stay grounded. There’s a mentality when you come to Joburg, that you can do it on your own,” states Manyati.

previousOpinion Piece: A black man has no time for the feminist agenda

nextTeam Work Is Dream Work For These Monks