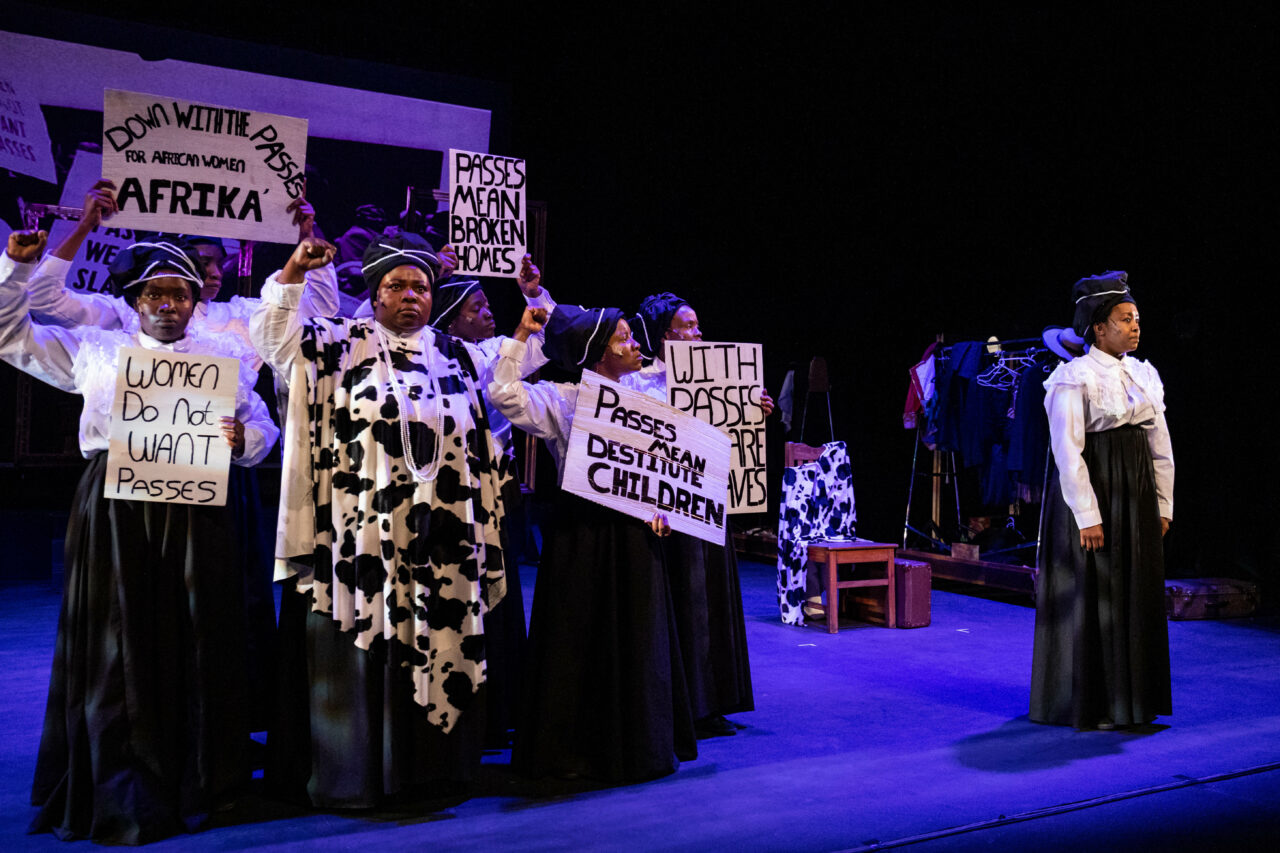 This is an interview between Tha Bravado Editor Bonginkosi Ntiwane and multiple award-winning playwright Napo Masheane. The interview took place in late 2021 around the time when The South African State Theatre (SAST) presented TSOGO (The Rise of Charlotte Mannya-Maxeke), a biographical theatre play exploring the life and times of the iconic social and political activist Mama Charlotte Makgomo Mannya-Maxeke (1871 -1939). While the season of the play coincided with her date of death 16 October 1939, this piece fittingly gets published today on what would have been her 151st birthday. She was born in Botlokwa, Ga-Ramokgopa in Limpopo. She is the first black South African woman to obtain a Bachelor of Science degree and is the founder of the Bantu Women’s League in 1918.

Written by Napo Masheane and directed by thespian Mapula Setlhako, TSOGO which means rise or the awakening is a resurrection of one of South Africa’s Pan African, black conscious, and feminist pioneers.  “Yes! Charlotte Mannya-Maxeke must rise in all of us, so that all those who come after us can also rise from us,” Masheane says.

The moving play is told through seven actresses who are all also strong vocalists, intensely telling Maxeke’s expansive life before she even got married. The ensemble represents seven portraits of Maxeke, focusing on seven prominent milestones of her life, almost symbolizing the seven decades of her tapestry, against not just tradition and religion, but also patriarchy and politics. “Majority of the girls in the play, I’ve had the pleasure of working with before. And actually some of them have a musical background. So I had to mentor them into becoming actresses,” Masheane says.

The seven actresses are Hazel Mehlape, Zamachunu Mchunu, Tshepiso Madikoane, Thokozile Manakomba, Solani Maswanganye, Ncamisa Nqana and Katlego Tlokana. “People I tell stories about always choose who will best portray them on stage. As I always say; theatre for some of us is not just a church but it is a ritual practice and an initiation process of constantly telling her-story.” The chemistry of the all-female cast felt genuine, as though they were carrying each other on that stage, similar to how Maxeke carried some of her sisters in the African Jubilee Choir while touring abroad in the late 1800s. The premise of the story-arch draws on ‘Re-Birthing- Re-Imagining and Re-flecting’ on Maxeke’s her-story, which is echoed through the seven female voices on stage.

“For every playwright before you write a play you have to flesh it out, you have to decide on the artistic treatment and approach. You need to imagine (from the page) who your character is, what do they want, need, seek and what could possibly be blocking them from that. Then you need to create a world (on stage) for them to exist in which is the defining premise for their existence. Hence in the case of Charlotte Mannya-Maxeke knowing that she lived almost to her 70s, I highlighted seven milestones that epitomised her journey thus in meeting the magic of theatre created seven voices through seven portraits, to be carried out by seven girls,” shares Masheane.

The actresses’ command of the rich Sepedi language was a marvel and through choral and Afrocentric melodies, TSOGO also suggests Maxeke’s imaginative childhood, her coming of age, her undying resistance and resilience, her bravery to travel the world as an artist (chorister) in persuasion of a dream to empower the black child.

Sitting there watching the play, I was personally taken aback and inspired by Maxeke’s story, that well over a century ago this black woman was actually the true definition of being woke. If it’s had such an effect on me as a man, you can imagine how much it would fuel women.

“Whatever Charlotte Mannya-Maxeke experienced in the 1800s still hits home to most of us in the 21st century; so in imaging and knowing who she was I am able to articulate and reflect how all of us overtime (across different eras) are affected by patriarchal standards, political landscapes, academic settings, religious controversies, cultural and traditional norms that have no interest in our true existence. So, every interaction or immediate response during the performance affirmed that we all know, agree and fully understand hers and our journeys. She was us and we are her even today, period!” Masheane says defiantly.

In statement director of the play Setlhako said “Not many know about her as a creative during her life and activism in the 18th century. We need to set up unity of sisterhood in the arts fraternity, which will help raise the next generation of female artists to the next level. We need structures which will help shatter the ceilings of patriarchy and gender inequality in the arts.”

The production is now available for streaming on The State Theatre’s YouTube channel. Click here to watch

nextSquid Game Review: It Doesn't Get More Evil Than This