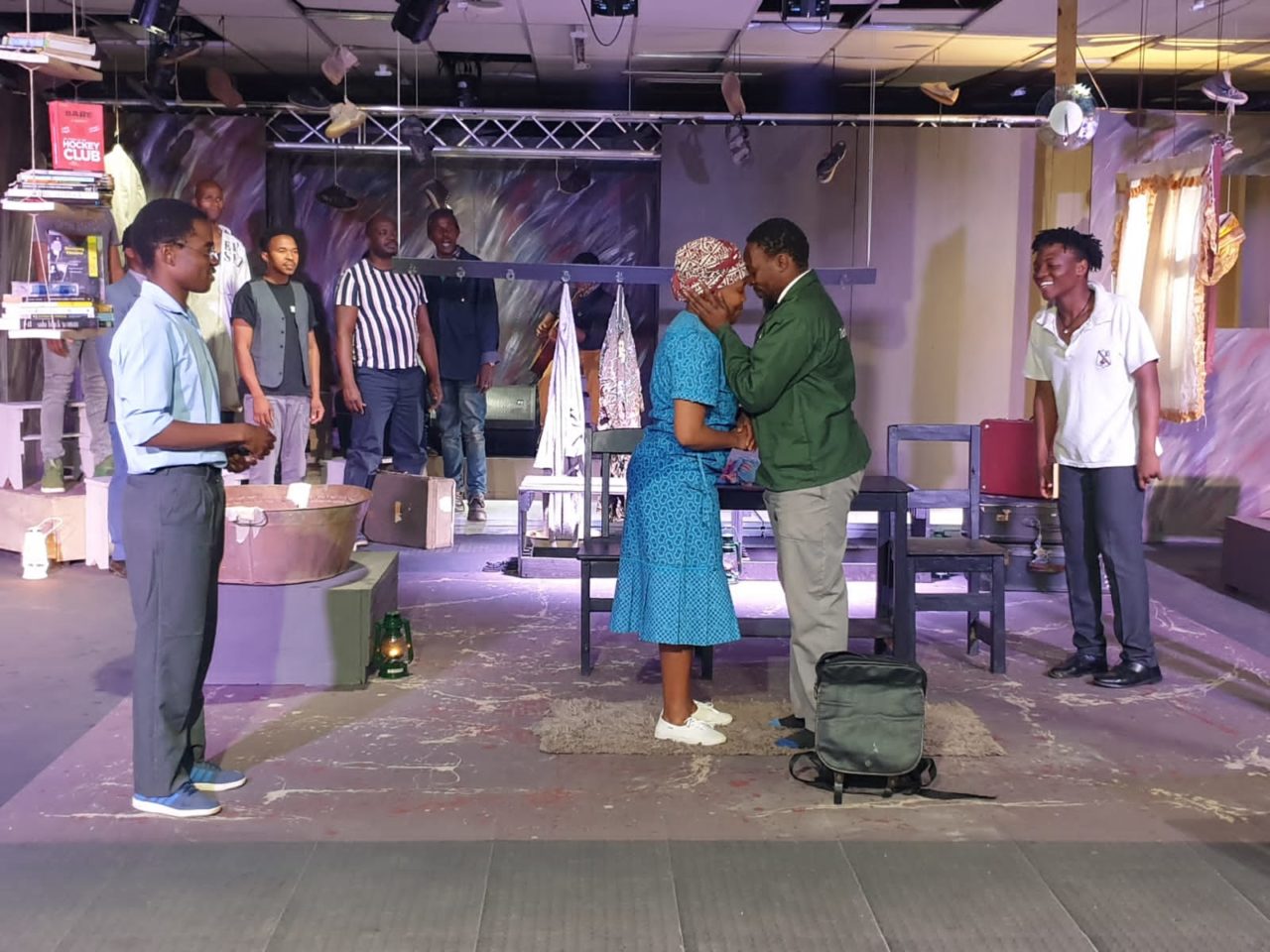 The presence of a loving father greatly increases a child’s chance of success, confidence, resilience, physical and mental well-being. According to community-based organization Shiloh Synergy,  South Africa has one of the highest rates of fatherlessness in the world. In 2017 Statistics SA General Household Survey indicated that a shocking 61.8% of children under the age of 18 live without their fathers. We need to better understand the impact of this disheartening social plight and its legacy on family life in contemporary society, which unfortunately impacts greatly on a boy child. These Are Not My Shoes is a theatre play written and directed by Mxolisi Masilela that addresses this social issue.

The play was staged at the Moses Molelekwa Arts Centre’s TX Theatre in Tembisa. It was delivered in a musical melodrama theatrical performance that captured all the essence of theatre production. The play explores and confronts the narrative of fatherhood and fatherlessness. It tells a story of a father’s love and the pleasant environment he had created for his wife and two sons. An environment that was created to mold their development and how they view the world. He persistently introduced discipline, in the form of routines concerned with his sons’ moral standing while grappling with his own demons. It is these unknown challenging points that changed him and led him to leave his family. His sudden departure did not only tear the family apart but left his sons confused, vulnerable, and overwhelmed. This mostly affected and challenged their ability to live a physically and emotionally fulfilling life. The hurdles also threatened the boys’ ability to live a competent life as youth causing irrefutable moral repercussions for the whole family.

The story is based on the Masilela’s real-life experience. He used theatre to highlight and interrogate this subject of parental love and abandonment as well as the traditional role of the African black man. The question is not posed in a disobedient manner, but it is used as means of drawing attention to the issue. It is also a way to engage and learn from each other about the prevailing cultural beliefs and systems of ideals and ideas of what it means to be a father.

The play is used as means of moving forward- through looking back into the past and naming the current reality. A reminder to men to review and evaluate their lives so as to end the cycle of absent fathers. For them to became good examples of fathers or father figures that resist the set traditional role of authority and control and rather subscribe to more nurturing and non-violent forms of care.

The production directed by Masilela himself and managed by Kamogelo Raphadu had many aspects and detailed costumes, props, and technical parts such as sound and lighting managed by Sizwe Ndabana. The set design of the shanty house set the scene, bringing back memories and experiences of growing up in a township. Another aspect of the production that stood out is the stellar performance of the cast of actors consisting of Itumeleng Moeketse, Mongezi Mabunda, Thabang Chauke, and Tshwarelo Selolo. Their acting on the open,  displayed innocent and vigorous freedom, as well as a proud showcase of their craft. They delivered their lines characterized by multilingual dialogue, significant actions, and gestures that contributed to the play’s meaning. The actors were accompanied by dynamic vocals of music arrangement by Muzi Shili, Thulani Hlophe, Velile Mkhabela, and Hlabelela ensemble. Their music rooted in emotion had a powerful hand in bringing the story to life.

These Are Not My Shoes delivered a successful emotional and inspirational theatrical show. The staged drama and captivating performance with all the elements and complexities of theatre-making unpacked the issues and referenced realistically unimaginable raw and ragged scenes that highlight the trauma, frustration, anger, and anguish playing out in our communities.